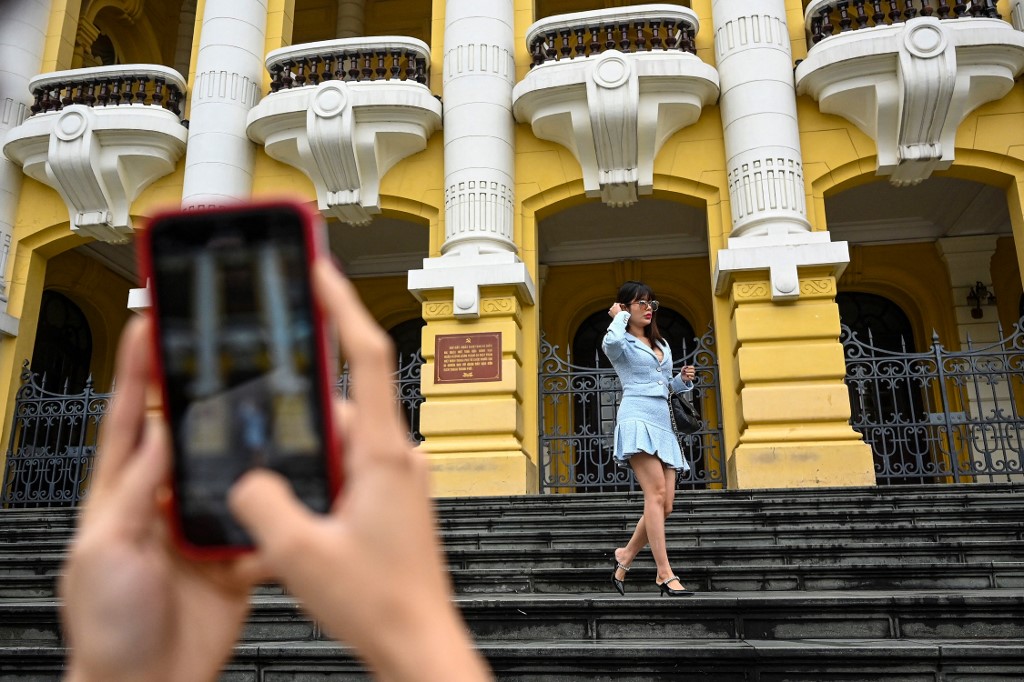 This photograph taken on March 3, 2021 shows insurance saleswoman Nguyen Thi Thanh Loan posing for photographs being taken on a mobile phone outside the Opera House in Hanoi, a day after taking a course teaching participants how to pose for photographs on their phones. (Photo: AFP)

HANOI, April 6 (Xinhua) -- Vietnam raked in nearly 14.1 billion U.S. dollars from exporting phones and components in the first quarter of this year, which accounted for 18.2 percent of Vietnam's total export revenue over the period, posting a year-on-year rise of 9.3 percent, according to the country's General Statistics Office Tuesday.

With that turnover, phones and components continued to be Vietnam's largest export item, followed by computers and electronic components, and garments and textiles.

In the three-month period, Vietnam also spent around 4.9 billion U.S. dollars in importing phones and their components, surging 48.1 percent year on year.

In 2020, the country earned roughly 50.9 billion U.S. dollars from exporting phones and components, mainly to China, the United States and South Korea, posting a year-on-year decline of 1 percent, said the office.