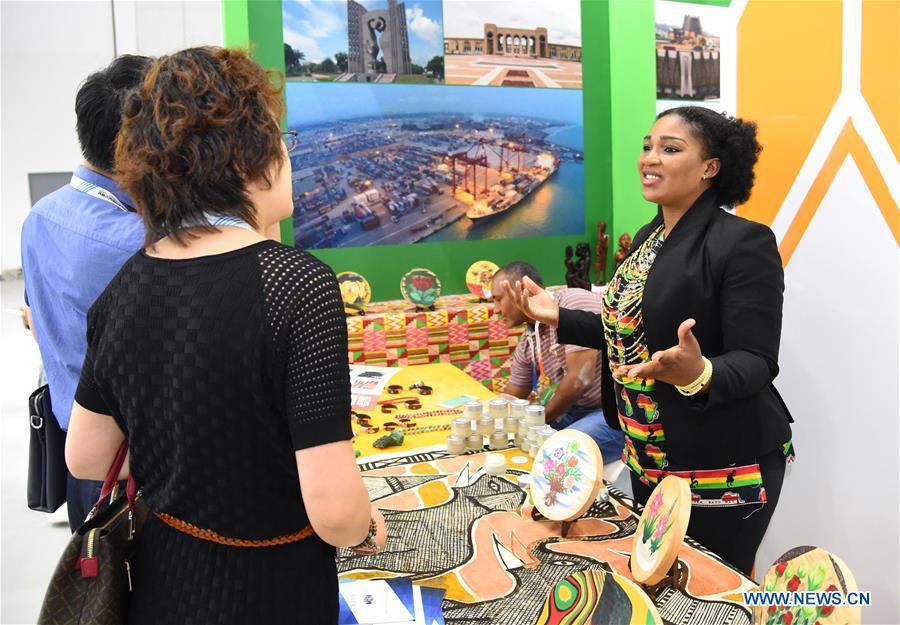 People talk with an exhibitor of the African exhibition area during the 2019 China International Fair for Trade in Services (CIFTIS) in Beijing, capital of China, May 28, 2019. (Photo: Xinhua)

China has expanded the pilot program to spur innovative development of the services trade to 28 cities and regions, underscoring the country's efforts to stabilize foreign trade and foster new growth drivers amid the COVID-19 pandemic.

The State Council, China's Cabinet, issued the approval on Tuesday, allowing more areas to carry out the pilot program, which aims to facilitate a higher level of opening-up in the country's services trade by further refining government policies and reforming the existing administrative and regulatory systems.

Many of the newly included cities such as Xi'an, capital of Shaanxi province, and Urumqi, capital of the Xinjiang Uygur autonomous region, are from the country's middle and western regions as policymakers are hoping that the services trade could be a new growth driver for the country's less-developed areas.

The expansion of the pilot program in the services trade was seen by experts as China's latest effort to stabilize foreign trade and push a higher level of opening-up by adopting new measures to further liberalize trade and investment in sectors such as medical insurance, education, tourism and sports.

In contrast to merchandise trade, trade in services refers to the sale and delivery of intangible products such as transportation, healthcare, product development, logistics, tourism, telecommunications, construction, advertising, computing and accounting.

China's international trade in services dropped by 14.7 percent on a yearly basis to 2.2 trillion yuan ($316.27 billion) in the first half of the year due to the COVID-19 pandemic and weak overseas demand. Despite the decline, the country's services exports outperformed imports, with the deficit narrowing by 46.1 percent from the same period of last year to 401.7 billion yuan.

Ma Yu, a senior researcher at the Beijing-based China Academy of International Trade and Economic Cooperation, said that the expansion of pilot cities and regions will not only further lower the market-entry threshold in sectors such as education, medical services and sports for foreign companies, but also remove the operational and investment barriers for foreign-invested firms.

"The government should enhance its service capacity during the new round of the opening up of the services trade by focusing on the development of digital technologies," Ma said.

Policies should also be drafted in a way that better meet the changing demands of domestic consumers in areas such as healthcare and high-end services, he said.

Beijing will hold the 2020 China International Fair for Trade in Services scheduled for early September. The event will have both online and offline exhibitions.

Wei Jianguo, vice chairman of the China Center for International Economic Exchanges in Beijing, said that many Chinese cities will build a higher-level business environment in the next round of competition among global cities as many of them will bring in new measures to attract foreign direct investment and build platforms for high-tech and services industries.

Moreover, the development of the Hainan Free Trade Port, the Guangdong-Hong Kong-Macao Greater Bay Area and the coordinated development of the Beijing-Tianjin-Hebei region will also effectively optimize these cities' and regions' industrial structure and attract more foreign capital into the country, Wei said.