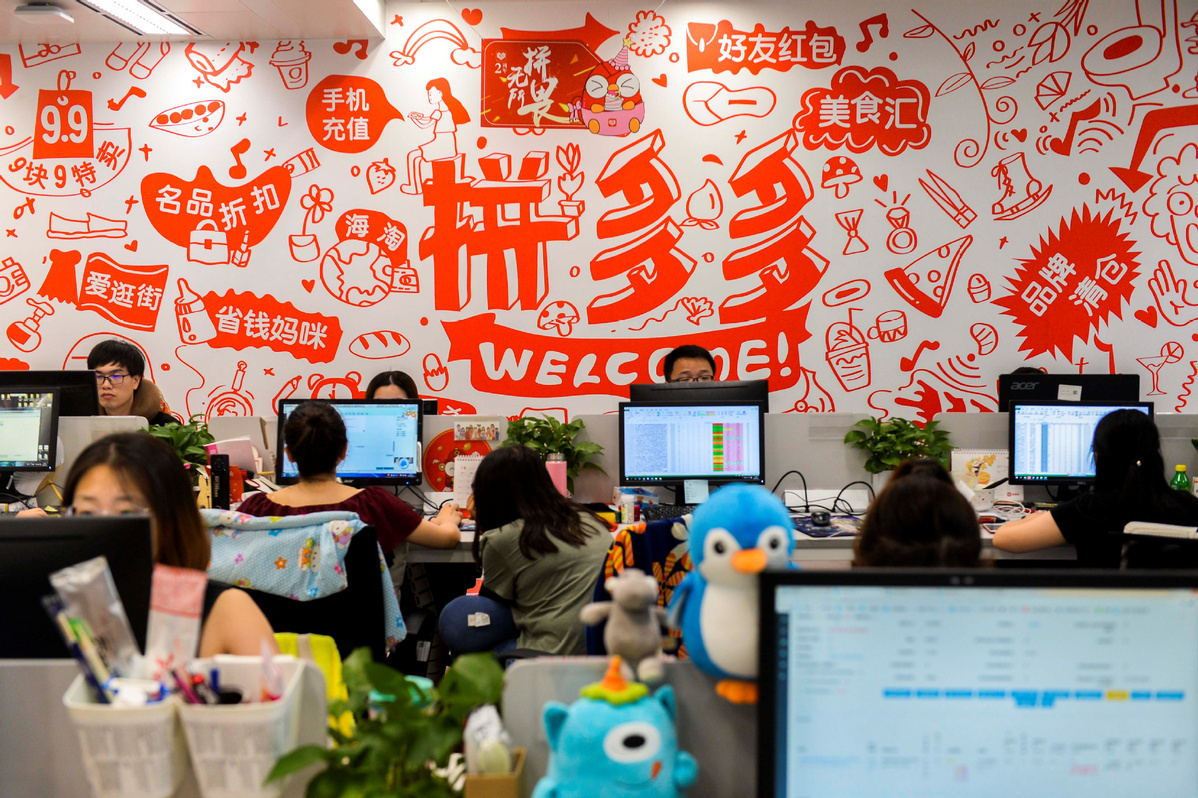 People are seen at their desks at the headquarters of Chinese online group discounter Pinduoduo in Shanghai, July 25, 2018. [Photo/Agencies]

Nasdaq listed Chinese online group discounter Pinduoduo saw a strong performance in the stock market as of Tuesday, with its price surging 5.26 percent to $57.83 per share, reaching a market value of $69.26 billion.

The record-high stock price gave Pinduoduo fourth place in market value among domestic internet firms, and it also was more than double that of Chinese search giant Baidu ($33.7 billion). Pinduoduo's e-commerce counterpart, JD, saw a rise of 0.66 percent to $68.37 billion in stock value.

Alibaba was China's most valuable internet company with over 3.8 trillion yuan ($536 billion), followed by Tencent Holdings (above 3.7 trillion yuan) and on-demand services platform Meituan-Dianping (around 600 billion yuan), as per a Tuesday report from 21 Century Business Herald.

On March 31, Tencent invested about $50 million in Pinduoduo by subscribing to the latter's 6,155,740 Class A ordinary shares in the US stock market. Pinduoduo in April also announced a strategic partnership with Gome Retail by investing $200 million worth of convertible bonds in the household appliance and electronics retailer.