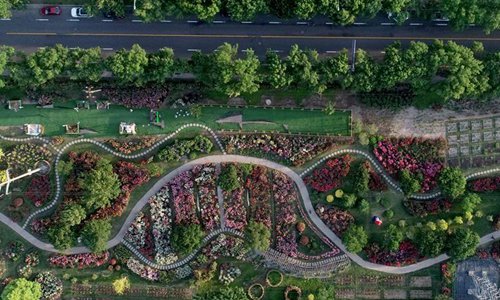 China on Tuesday released a document to guide the development of National Economic and Technological Development Zones, vowing to introduce more high-quality foreign investors to the zones and give them support in access and financing, another solid move to realize the country's reform and opening-up commitment amid an escalating China-US trade war.It vowed to improve the quality of investment in the development zones and give priority to multinational companies' regional headquarters, research and development (R&D), finance, procurement, sales, logistics, settlement and other functional institutions, read a document on the website of the State Council, China's Cabinet, on Tuesday.China currently has a total of 219 National Economic and Technological Development Zones, according to China's Ministry of Commerce.Dong Dengxin, director of the Financial Securities Institute at the Wuhan University of Science and Technology, told the Global Times on Tuesday that the move, which marks a new round opening-up and development of China's National Economic and Technological Development Zones, is in line with the nation's financial opening-up policy and industrial upgrading efforts."Before, we mainly attracted foreign companies seeking low-cost labor in these areas. Now, as China aims for high-quality economic development, its focus has turned to R&D centers and high-technology foreign companies," Dong said, adding that simplified application procedures will also attract more foreign capital.From release of a shortened negative list to offering foreign investors pre-established national treatment, China's opening-up pace is picking up, Dong said.Foreign investment projects will be given preferential policies in accordance with law, the document said.Local governments will get more autonomy to provide support for private capital and foreign investors in access, investment, financing and service facilitation, according to the document.China is set to open its market wider to the world, and unswervingly push forward its high-quality development model, no matter how much pressure the US will exert on China, Dong said.Trade tensions between China and US, the world's two largest economies, have been escalating in recent days. US President Donald Trump told a press conference on Monday that the US is "not ready" to make a trade deal with China, and tariffs on China may still "rise substantially."Commenting on the volatile attitude of the US side, Lu Kang, a spokesperson with China's Foreign Ministry, told a regular press conference on the same day that China's position toward the China-US trade negotiations is always consistent. "We believe disagreements between any two countries, including the disagreements in the trade and economic fields between China and the US, should be resolved through friendly consultation, and that talk should be based on respect and mutual benefits."According to the document, China will also release differentiated polices in the development zones in the midwest and northeast areas of the country, and it will offer more support to foreign companies that undertake certain projects and play significant roles in perfecting industry chains in these areas."In this way, some labor-intensive industries in eastern cities could be transferred to the less-developed areas. With their low labor costs and cheap land prices, they would be better choices than Vietnam and India to take over these industries," Dong said.