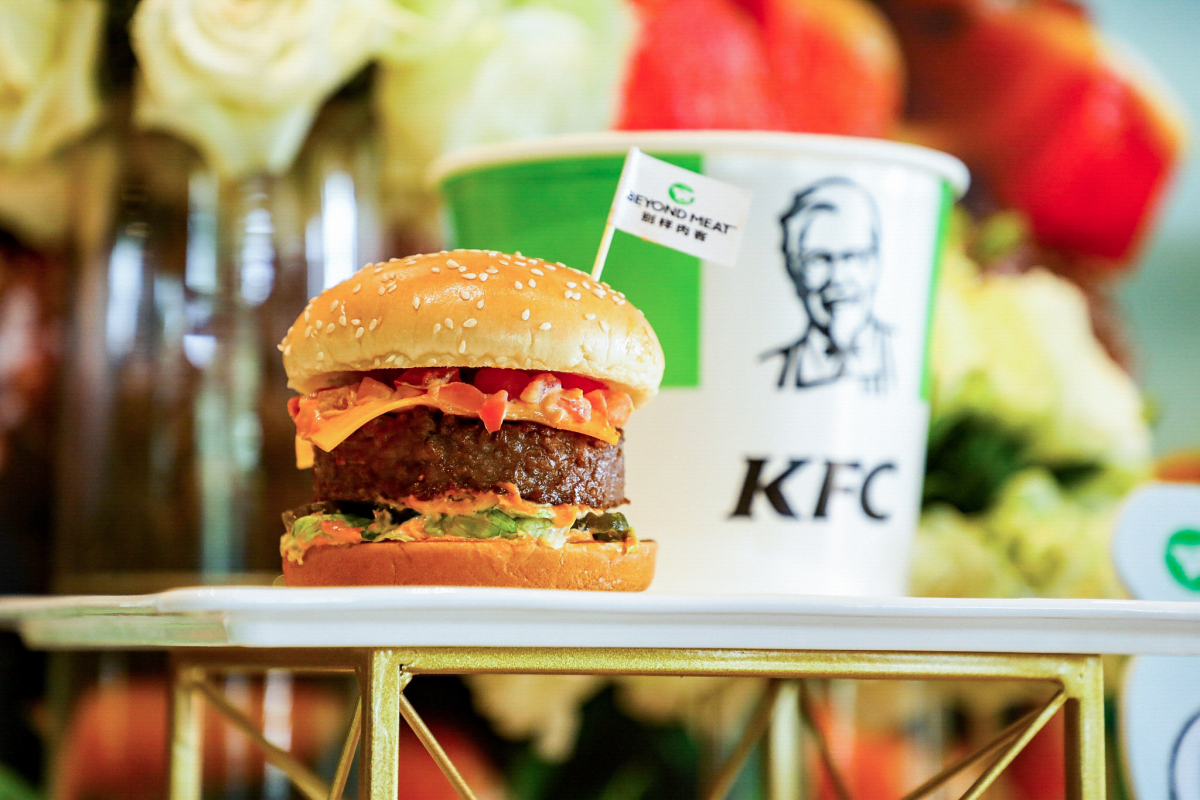 Plant-based burgers are set to be served in Kentucky Fried Chicken restaurants in Beijing, Shanghai, Hangzhou and Chengdu starting from Wednesday, June 3, 2020.

Yum China Holdings, which operates the popular fast-food brands in the country, has announced plans to introduce Beyond Meat's plant-based burgers for a limited time at select KFC, Pizza Hut and Taco Bell locations around the country.

However, the plant-based alternatives are usually cooked on same grill as the meat-based burgers meaning that they are not fully vegetarian.

The deal with Yum China Holdings marks another step forward for Beyond Meat as the plant-based food company looks to tap into the Chinese market.

The California-based company has previously partnered with Starbucks and introduced its plant-based products to its menu.