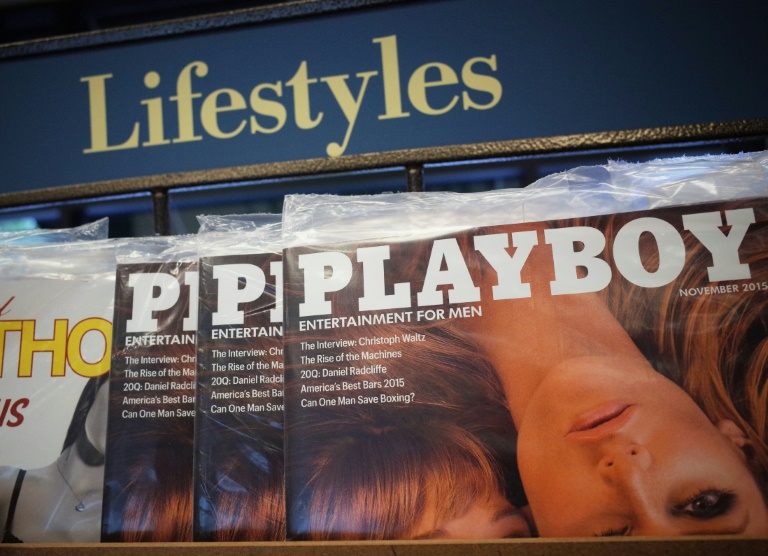 Playboy says it is suspending its Facebook activities due to the mishandling of personal data on the social network (Photo: AFP)

Playboy announced Wednesday it was suspending its activities on Facebook to avoid being "complicit" in a wide-ranging scandal over misuse of private data.

The adult entertainment group said it had long faced difficulties in dealing with Facebook due to "strict content and policy guidelines" and that the revelations over hijacking of personal data by a political consulting firm was the final straw.

Playboy said it was deactivating all the Facebook accounts managed by the company.

"The recent news about Facebook's alleged mismanagement of users' data has solidified our decision to suspend our activity on the platform at this time," said a statement from Playboy.

"There are more than 25 million fans who engage with Playboy via our various Facebook pages, and we do not want to be complicit in exposing them to the reported practices."

The statement added: "Playboy has always stood for personal freedom and the celebration of sex. Today we take another step in that ongoing fight."

Facebook is facing a firestorm of protests and calls for investigations following disclosures that personal data on some 50 million users was hijacked by a consulting firm linked to Donald Trump's 2016 campaign.