BUSINESS PMI up; talk of policy boost for mfg in air

PMI up; talk of policy boost for mfg in air 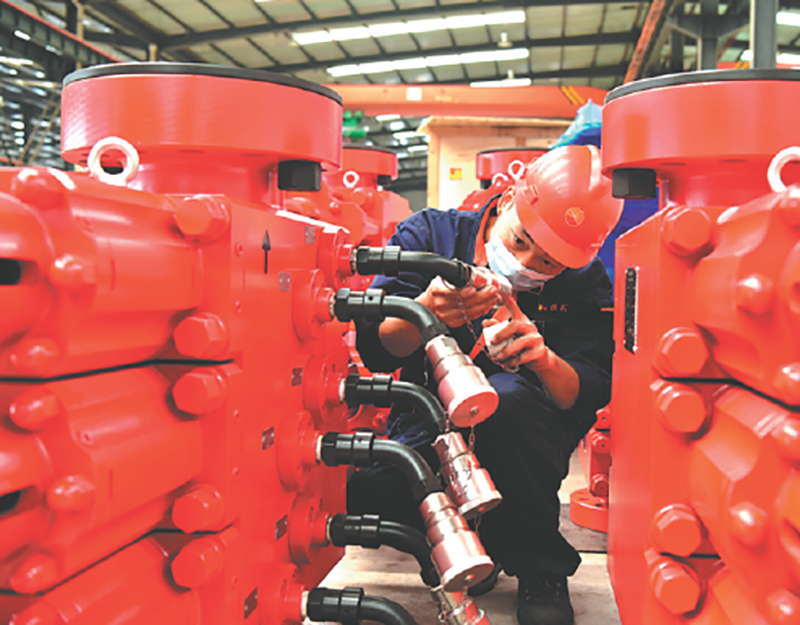 Growth-supportive policy measures in the form of tax breaks, loan extensions and infrastructure boosts are needed in the coming months to energize manufacturing activities and alleviate cost pressures on small businesses as the country's manufacturing activity data for October were modest, experts said.

A private survey on Monday showed that China's manufacturing sector grew modestly in October on the back of higher numbers of new orders and as disruptive power shortages started to ease.

The Caixin China General Manufacturing Purchasing Managers' Index－PMI－came in at 50.6 in October, up 0.6 compared with the September level. Although the expansion of the country's manufacturing activities was mild, it was still at the fastest pace since July.

A PMI reading above 50 signals expansion in activities, while one below the level reveals contraction.

While domestic demand has picked up thanks to a softening COVID-19 situation between late-September and mid-October, constraints from the supply side have become a prominent factor hampering growth.

Wang said more policy support may help stabilize the supply side and commodity prices, and proper tax breaks and loan extensions could help certain weakened sections of industry like smaller businesses to ride out the current difficulties.

The Caixin reading diverged a tad from official data. The National Bureau of Statistics said on Sunday that the country's manufacturing PMI edged down to 49.2 in October, lower than the September level of 49.6.

Analysts said they believe the sector was mainly hit by surging raw material and commodity prices, constraints in energy supply in September, and a softening in demand.

"The role of special local government bonds should be better harnessed and efforts are needed to boost the critical role of infrastructure investment in stabilizing growth," he said.

"Prospects of medium-sized enterprises shall be closely watched, and timely, targeted support should be rolled out when needed," he said.

The executive meeting of the State Council, China's Cabinet, last week decided on policies to alleviate cost pressures brought by surging commodity prices on manufacturers. The meeting approved tax payment deferrals worth 200 billion yuan ($31.22 billion) in all for small and medium-sized manufacturing businesses.

NBS data showed China's nonmanufacturing PMI came in at 52.4 in October, down from 53.2 in September but still in expansion mode.