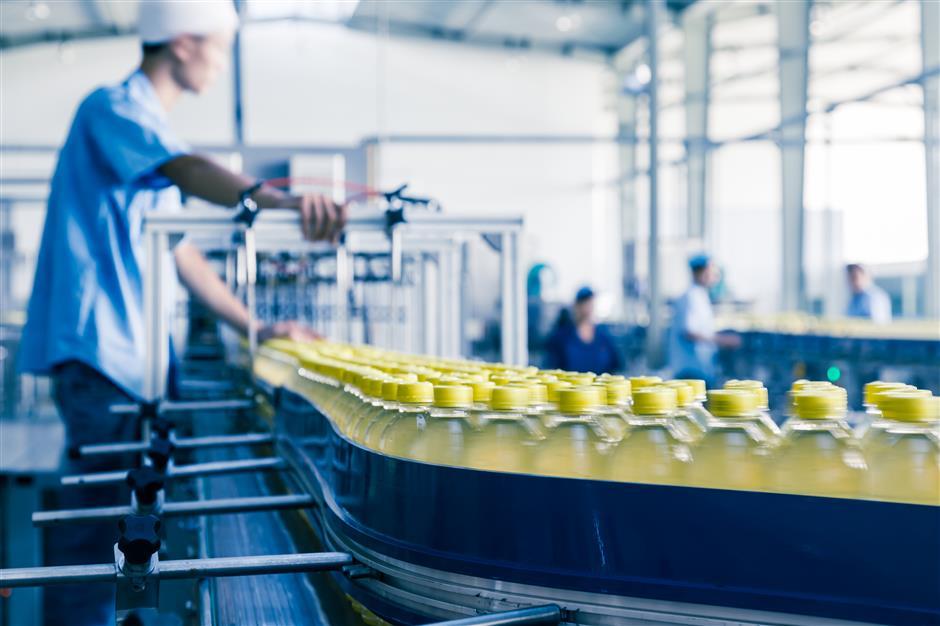 The official manufacturing Purchasing Manager’s Index (PMI) rose to 51.5 in September from August’s 51.0, according to data from the National Bureau of Statistics (NBS) released on Wednesday, remaining above the threshold of 50 that separates growth from contraction for the seventh month.

The two surveys both pointed to signs of stronger overseas demand. The official PMI, which focuses on large and state-owned firms, for the first time this year, showed a sub-index for new export orders re-entering the expansion zone, firming up to 50.8 in September from August’s 49.1.

In the Caixin/Markit PMI, which weighs more toward small and export-oriented firms, the gauge for new export orders rose at the fastest pace in over three years.

“Government measures to stabilize foreign trade and a pickup in demand in some overseas areas both contributed to the improvement in exports,” said NBS senior statistician Zhao Qinghe.

“The sharp rise in overseas demand has complemented the domestic market. To sum up, the economic recovery has picked up pace since the epidemic, with both supply and demand improving,” said Wang Zhe, senior economist at Caixin Insight Group.

Adding to the recovery, recent indicators ranging from trade to producer prices have suggested further gains in the industrial sector. Profits at China’s industrial firms extended robust growth for a fourth month into August, official data showed on September 27.

China’s economy is expected to grow by 2 percent in 2020, up from the 1-percent growth projection released in June, while the rest of East Asia and the Pacific is projected to contract by 3.5 percent, the World Bank said on Tuesday.

Of note, small firms returned to expansion for the first time since June, thanks to a seasonal peak in manufacturing and government support, according to Zhao.

“In the next quarter, I'm expecting much stronger recovery in China, as Chinese people’s consumption power is stronger due to restricted international travel,” said Ming Cheng Chien, president of Asia-Pacific Region at Lanxess.

However, the recovery still faces challenges. A sub-index for employment in the official PMI improved slightly but remained in contractionary territory. It stood at 49.6 in September, from 49.4 August, indicating pressure on jobs and on policymakers to roll out more support measures.

“The job market remains worrisome, as the improvement in employment relies on a longer-term economic recovery and a more stable external environment,” said Wang.