Poland is among the 130 countries and regions taking part in the upcoming China International Import Expo.

Three of the country's ministers will accompany the large business delegation that will be in Shanghai for the event next month.

A total of 80 enterprises from Poland are set to take part in the expo. 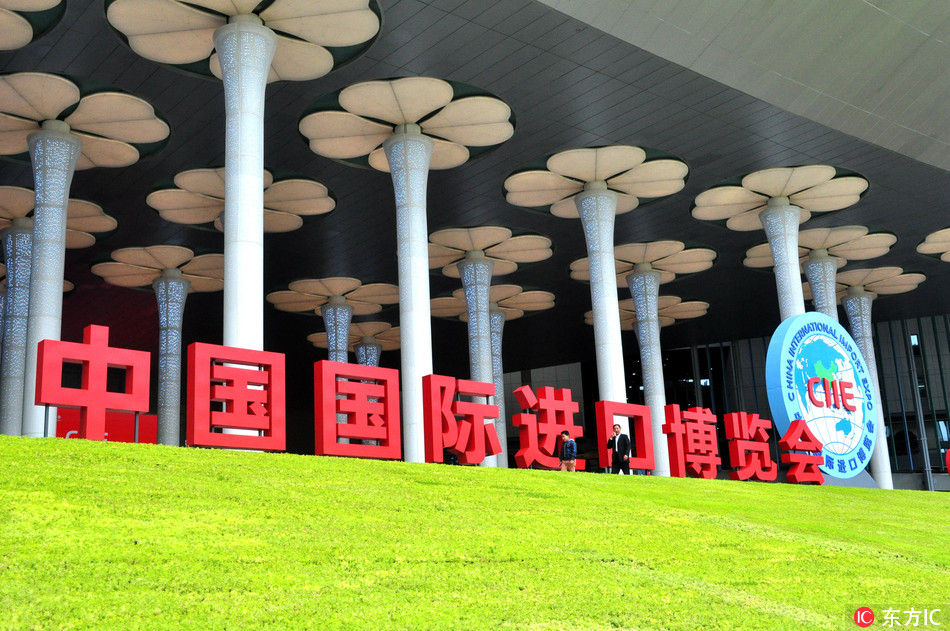 View of flowery decorations on display at the National Exhibition and Convention Center (Shanghai) ahead of the China International Import Expo (CIIC) in Shanghai, China, 20 October 2018. (Photo: IC)

They were selected from more than 140 enterprises that registered to attend the event.

The executive vice president of the Polish Investment and Trade Agency, Wojciech Fedko, said the number of enterprises keen to take part had exceeded their expectations.

"We'd been actively recruiting companies to come to China for the fair, and we've had a record response. We actually had to cut back the number."

During the expo, the participants from Poland will be divided into six industry exhibitions, covering food, cosmetics and daily consumables, the services trade, auto parts, high-end intelligent products, and jewelry.

"I'll let you know after the fair what's been popular, and I'll see what the distributors and clients in China like the best, because we're going to be, of course, displaying a lot of products at our stations there."

Economic ties between China and Poland have been strengthening in recent years, with bilateral trade rising to more than 21 billion U.S. dollars last year.

Wojciech Fedko hopes that Poland's agricultural industry can take advantage of the opportunities on offer at the import expo, and bring more poultry, dairy products, and fruits into China's market.

"The balance of trade is 13 to 1 in favor of China. So us as an agency, we think that we should be promoting products made in Poland in the premium market category, and also services. And we're starting do this during the expo, the import fair in Shanghai. We have a partner in China. We'll be signing a memorandum of understanding."

And Fedko spoke of the role that the upcoming expo plays in demonstrating China's willingness to reduce the trade deficit it runs with some other countries, and of its determination to further promote its policy of reform and opening up.

"I actually get a lot of data from the United Nations Commission on Trade and Development, so we've seen a lot of de-globalization going on. Anybody who's in this business understands that there's a lot more protectionism and barriers to trade that are coming into play. We are, as an agency, really promoting fair and liberal trade. So, the opening of China's market to our imports is a very welcome step."

The import expo in Shanghai is bringing in exhibitors from all of the G20 members, around 50 countries from along the Belt and Road, and more than 30 of the world's least-developed countries.