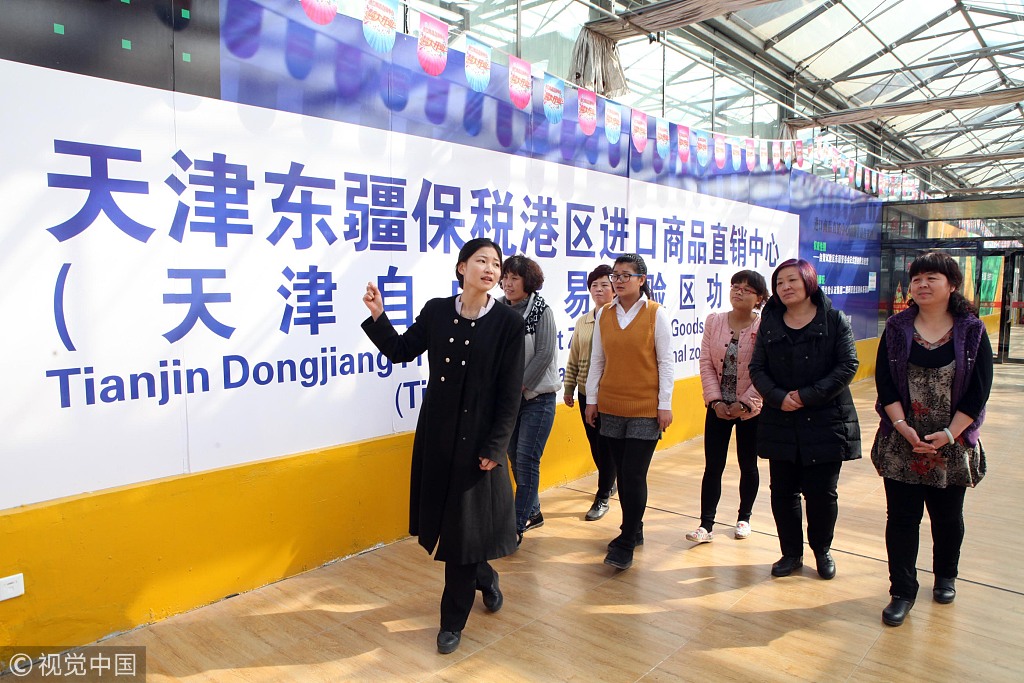 "The sector's tax revenue continues to account for half of the zone's total and the 100 billion yuan in growth from the current 900 billion yuan in total assets is not ambitious," said Shen Lei, director of the administrative commission of Dongjiang Free Trade Port Zone, which is now the world's second-largest airplane leasing market, following Ireland.

Shen indicated that the zone's airplane leasing now accounts for 90 percent of the country's total, with 1,140 airplanes leased to date.

The zone also has strong ship and offshore oil drilling platform leasing businesses, taking up 80 percent of the overall market in China.

The zone was the first area in the country to conduct leasing business in foreign currencies beginning in 2015, bringing in a total transaction value of up to $3.5 billion to date.

Besides that, preferential tax reduction policies have reduced the combined costs of 2,754 companies based there by 2 percent.

One third of the companies are foreign market leaders such as ALC, Aerocap, Standard Chartered's Pembroke and Mileston.

Their presence is not only driven by the favorable policies in Dongjiang, but also its location, which has 50 airplane projects including manufacturing and maintenance nearby, all enjoying the free trade policies, said Wang Guoliang, head of the Tianjin Pilot Free Trade Zone.

"Dongjiang needs further reforms of foreign currency, cross-border transactions and bond registration to back its further success. Overall innovation and reform in the sector could benefit the country's fledging leasing sector," she said.

Echoing Shen, Liu Tongwu, vice-governor of the Tianjin branch of the People's Bank of China, said that Dongjiang is the country's "earliest bird" in terms of foreign currency bond transactions, and more innovative measures will be taken incrementally.