BUSINESS Policies to spur sales of cars in second half

Policies to spur sales of cars in second half 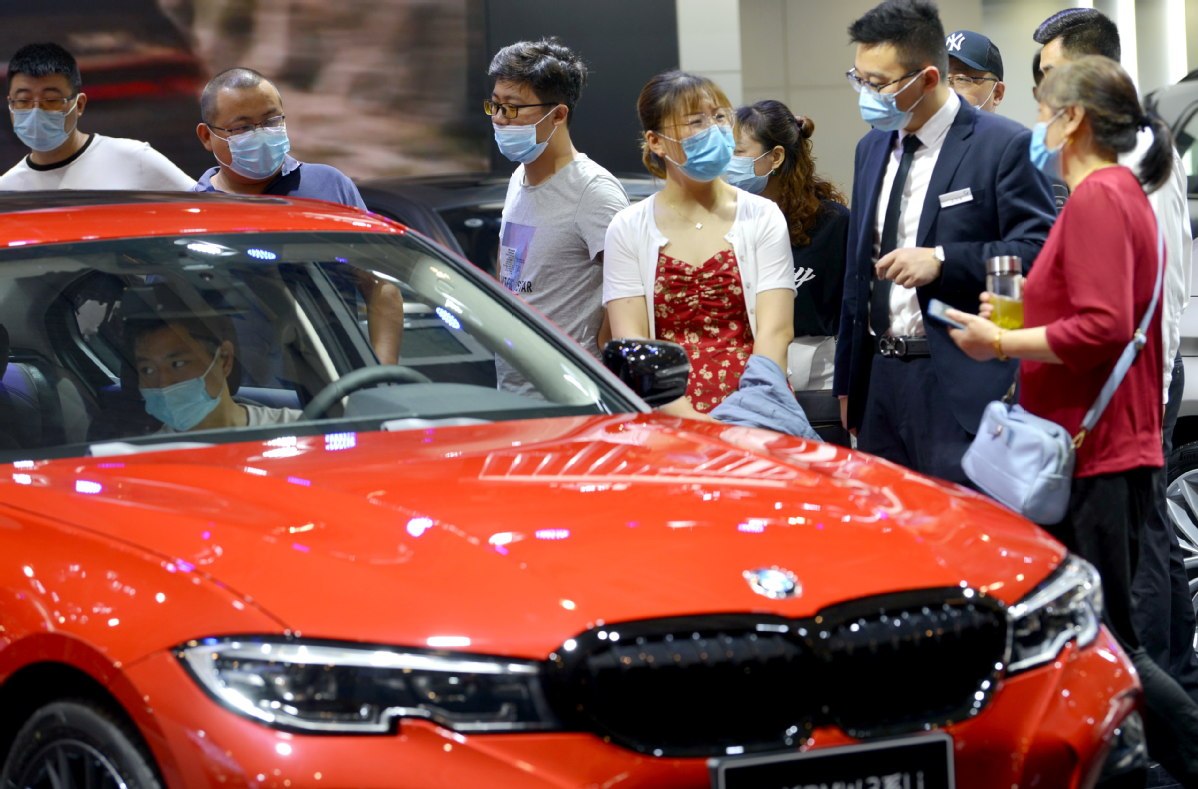 Visitors look at a vehicle on display during an auto expo in Nanjing, Jiangsu province. [Photo by Fang Dongxu/For China Daily]

Policy efforts to stimulate vehicle sales in China will satiate pent-up demand and help bring the car market out of the novel coronavirus epidemic shadow, industry officials and experts said.

The nation will come out with several measures in the second half of the year, including easing curbs on car purchases in cities and offering subsidies to buyers of new energy vehicles, Ning Jizhe, vice-minister of the National Development and Reform Commission, said in an interview with China Central Television.

Thomas Fang, a partner in the China office of global consulting firm Roland Berger, said the moves are a good continuation of the favorable policies seen in the first half that are effective and accurate. "They will help meet pent-up demand and generate new demand, especially in big cities," he said.

China has extended subsidies for new energy vehicles until 2022, and such vehicles will remain exempt from purchase taxes for another two years as well.

During the first half of the year, several cities like Shanghai, Hangzhou in Zhejiang province as well as Guangzhou and Shenzhen in Guangdong province announced plans to offer more license plates. Beijing followed suit earlier this month, offering an additional 20,000 electric car plates for carless families in the capital city this year.

Feng Chunyu, a 30-year-old veterinarian in Beijing, has filed an application and is waiting for the results that will be released in September. She said she wants to own a car urgently so that she can avoid public transport due to the pandemic concerns, and the city government's decision offers her a glimmer of hope.

Fang said the new customers will help soften the impact of the epidemic, which has dealt a heavy blow to the Chinese car market. The first monthly increase in sales did not come until April, when the pandemic was well under control in the country.

Despite the rebound, the China Association of Automobile Manufacturers expected vehicle sales from January to July to fall 12.7 percent year-on-year to 12.34 million units.

The association estimated vehicle sales to further grow in the second half of the year, but it said China's auto market is likely to fall around 10 percent for the entire year.

Roland Berger has a similar estimate for this year, but the German consultancy expects a V-shaped rebound and a growth rate of around 3 percent in the long run for China's auto market.

China's new energy vehicle segment is yet to see monthly growth after the first drop emerged in the second half of last year. In the first half of this year, their combined sales were 393,000 units, down 37.4 percent year-on-year, according to the CAAM.

Chen Shihua, deputy secretary-general of the association, said the sales are rebounding gradually on a monthly basis. Loosened restrictions on license plates are expected to drive the sales.

Fang said Chinese consumers are more likely to choose electric cars as their first cars than those in other markets.

WM Motor, a Chinese electric car startup, sold 2,036 vehicles in July, almost double the figure in the same month last year. The company saw its sales grow for five months in a row by the end of July.

"The opportunity for China to grow from a big car market into an automotive power lies in the new energy vehicle segment," said Freeman Shen, founder and CEO of the startup.