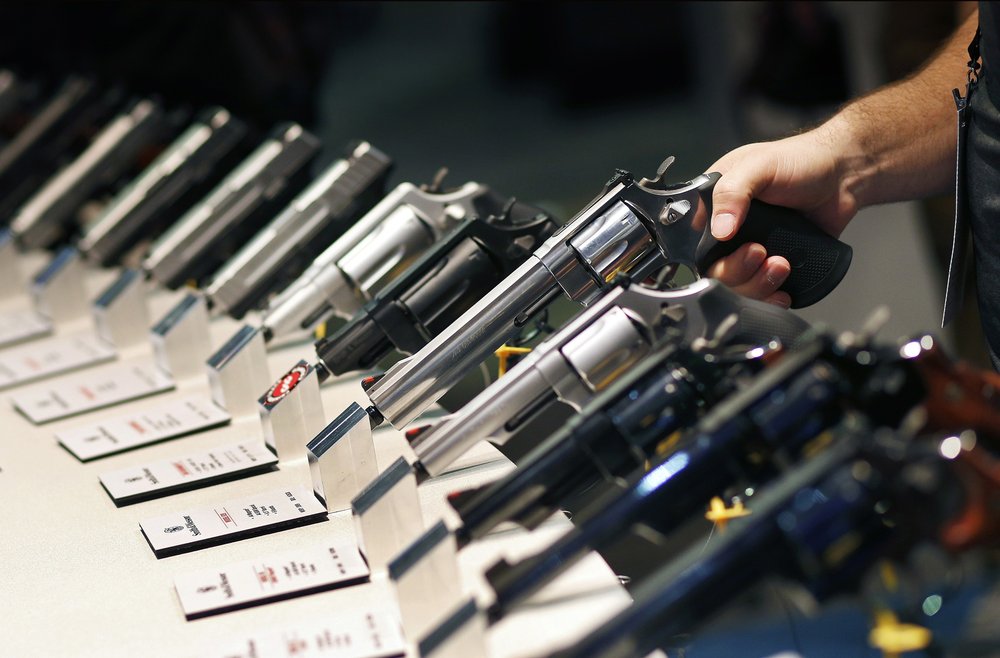 When gunmakers and dealers gather this week in Las Vegas for the industry’s largest annual conference, they will be grappling with slumping sales and a shift in politics that many didn’t envision two years ago when gun-friendly Donald Trump and a GOP-controlled Congress took office.

Some of the top priorities for the industry — expanding the reach of concealed carry permits and easing restrictions on so-called “silencers” — remain in limbo, and prospects for expanding gun rights are nil for the foreseeable future.

Instead, fueled by the deadliest mass shooting in modern US history, the federal government banned bump stocks and newly in-charge US House Democrats introduced legislation that would require background checks for virtually every firearm sale, regardless of whether it’s from a gun dealer or a private sale.

Even without Democrats’ gains in November’s midterm elections, the industry was facing a so-called “Trump slump,” a plummet in sales that happens amid gun rights-friendly administrations. Background checks were at an all-time high in 2016, President Barack Obama’s last full year in office, numbering more than 27.5 million; since then, background checks have been at about 25 million each year.

“There was no one to beat up. You didn’t have President Obama to put up in PowerPoint and say ‘He’s the best gun salesman, look what he’s doing to our country,’” he said.

Robert J. Spitzer, chairman of political science at the State University of New York at Cortland and a longtime watcher of gun issues, said that not only have shifting politics made it difficult for the gun industry to gain ground but high-profile mass shootings — like the Las Vegas shooting that happened just miles from where the SHOT Show will be held and the Parkland, Florida, high school shooting — also cast a pall.

“After the Parkland shooting, (gun rights’ initiatives) were kind of frozen in their tracks,” Spitzer said. “Now there’s no chance that it’s going anywhere.”

It’s easier to drive up gun sales when there’s the threat or risk of gun-rights being restricted, he said. “It’s harder to rally people when your target is one house of Congress. It just doesn’t have the same galvanizing effect.”

The National Shooting Sports Foundation’s SHOT Show has been held annually for more than four decades. This year more than 60,000 will attend the event that runs Tuesday through Friday — from gun dealers and manufacturers to companies that cater to law enforcement. There’s a wait list for exhibitors that is several hundred names long and it will have some 13 miles of aisles featuring products from more than 1,700 companies.

Last year’s show in Las Vegas was held just months after a gunman killed 58 people and injured hundreds at an outdoor music festival. The massacre was carried out by a gunman armed with bump stocks, which allow the long guns to mimic fully automatic weapons.

Gun-control advocates are rejoicing in the gun industry’s misfortunes of late and chalking it up to not just shifting attitudes among Americans but a shift in elected political leaders.

“Without a fake menace in the White House to gin up fears, gun sales have been in a Trump slump and, as a result, the NRA is on the rocks,” said John Feinblatt, president of Everytown for Gun Safety, a group founded by former New York Mayor Michael Bloomberg.

Joe Bartozzi, the new president of the National Shooting Sports Foundation, said the industry isn’t disturbed by the drop in gun sales or the shift in federal politics. While Democrats who ran on gun-control platforms made huge gains in the House, he sees the Senate shifting to the other end of the spectrum.

“Having been in the industry for over 30 years and seeing the trends of gun sales ebb and flow over time, it’s very hard to put your finger on any one specific issue as to why this happens. It’s just the cyclical nature of the business,” he said.

Trump’s campaign was bolstered by about $30 million from the National Rifle Association and when he took office, the industry had hoped that a host of gun rights would be enacted. The Trump administration quickly nixed an Obama-imposed rule that made it more difficult for some disabled people to purchase and possess firearms.

But other industry priorities, such as reciprocity between states for carrying certain concealed firearms and a measure that would ease restrictions on purchasing suppressors that help muffle the sound when a gun is fired, failed to gain traction.

For now, Bartozzi said his organization is focused on a measure that would expand public gun ranges, funded by an existing tax on firearms and ammunition sales that supports conservation, safety programs and shooting ranges on public lands. The hope is that increasing the number of public ranges will encourage more people to become hunters.