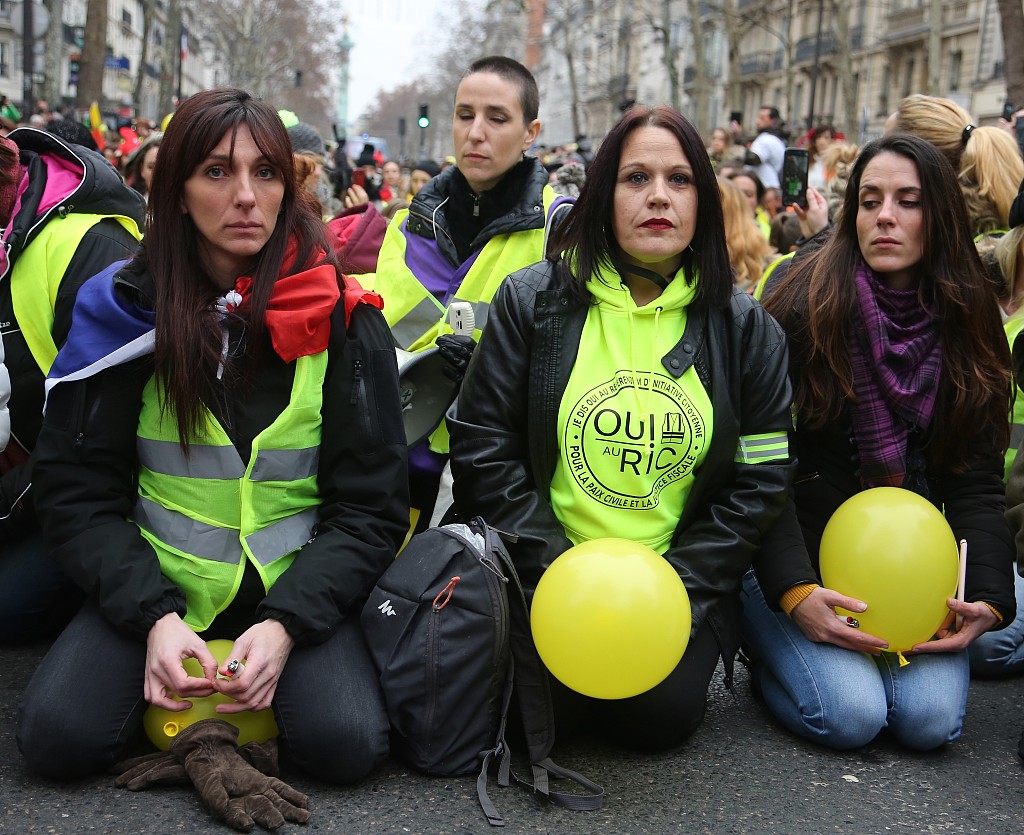 The survey, conducted on Jan. 2-3, showed six out of ten people estimated that 2019 would be "the year of economic problems," and that 76 percent of the 1,004 interviewees cast doubt on the government's ability to promote growth, improve purchasing power and create more jobs.

The country's deficit was set at 3.2 percent in 2019, above an initial target of 2.9 percent, according to Philippe.

Insee statistics institute in December 2018 expected social disturbances to take a toll on the domestic economy, lowering its estimate for the whole year's economic performance by two percentage points to 1.5 percent.

The "yellow vest" protests erupted on Nov. 17 when demonstrators nationwide took to the streets, blocked highways to denounce high living costs and a fuel tax raise.

A fresh round of action is scheduled for this weekend, the ninth in a row despite government concessions.