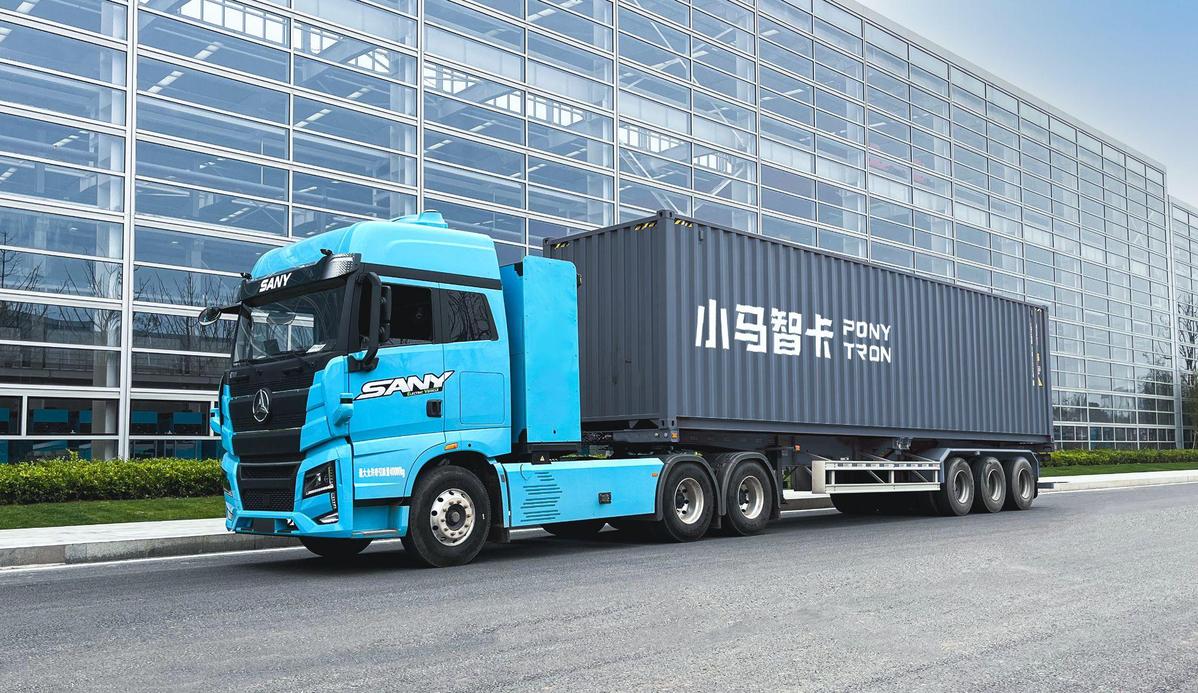 The prototype of an L4 autonomous truck co-developed by Pony.ai and Sany. [Photo: China Daily]

The joint venture plans to start small-scale deliveries of the self-driving trucks this year. Mass production of the L4 trucks will commence in 2024 and the annual production of the trucks is expected to surpass 10,000 units within a few years, said Pony.ai. L4 autonomy means the vehicle can drive by itself under most circumstances without a human backup driver.

This partnership will advance autonomous trucking and logistics well into the future and will lead to a safer, more efficient and intelligent logistics system," said Liang Linhe, chairman of Sany Heavy Truck.

According to Pony.ai, the autonomous trucks can save 10 to 20 percent of energy compared with conventional trucks. In addition, with the gradual expansion of the JV's new energy products, by 2030, the joint venture's trucks will reduce carbon emissions by more than one million metric tons.