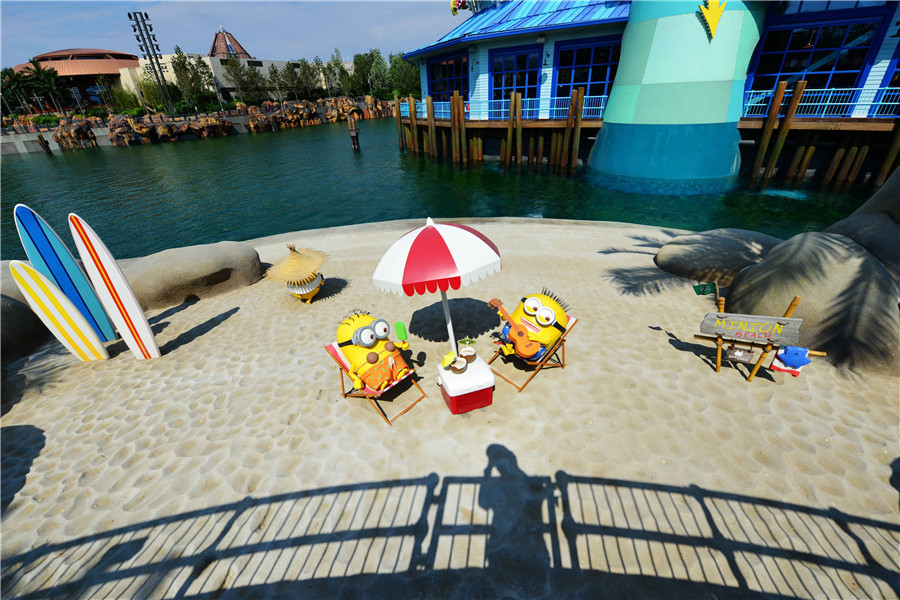 Tickets for Universal Beijing Resort went on sale on Tuesday and were sold out within half an hour for Sept 20 and 21, the Mid-Autumn Festival slot. The tickets vanished like vapor on the resort's own app and at authorized tourist agencies.

According to a report from Beijing Daily, searches for hotels near the resort soared.

According to Qunar, an online travel service provider, more than 80 percent of the customers who booked tickets for the park from its own platform purchased more than two. One-third of them bought tickets for children.

The tickets started selling at midnight on Tuesday. Many people encountered an internet traffic jam as they tried to buy tickets.

Universal Beijing Resort, which is scheduled to open on Sept 20, announced the ticket sales dates at the beginning of the month, as well as prices — from 418 yuan ($64.50) to 748 yuan, depending on the date.

Four prices were offered for a single day in the park — 418 yuan, 528 yuan, 638 yuan and 748 yuan — ranging from off-season to peak season. The resort provides ticket price calendars on its website for visitors to check.

Meanwhile, the two hotels in the resort were available for booking, starting on Sept 20.