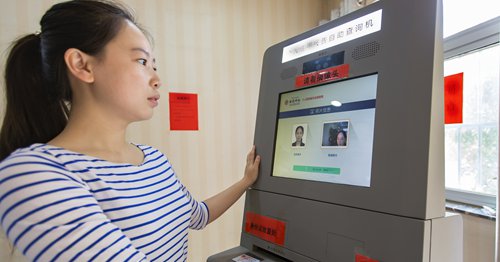 A total of 14.09 million people had been blacklisted for bad credit records in China as of May, chinanews.com reported Monday, citing the National Development and Reform Commission (NDRC), China's top economic planner.According to the report, as of the end of May, 5.87 million people had been banned from buying high-speed rail tickets because of low social credit ratings. In addition, 25.04 million people had been restricted from buying airline tickets. Also, 4.22 million people on the government blacklist have fulfilled their legal obligations for fear of punishment. The NDRC also said that in May, 276,800 bad credit records were added to the credit blacklist, involving 246,500 people, while 74,600 people were removed from the blacklist, according to the report.Creditchina.gov.cn, the official website for publishing credit blacklists and poor credit records, showed that as of the end of May, there were 36.88 billion credit records for both individuals and enterprises. Behind the credit list is a joint effort by different government departments. According to the chinanews.com report, different departments have been working closely with the social credit system. The Ministry of Human Resources and Social Security, for example, is working on the publication of blacklists of people who are delaying the wages of migrant workers, said the report.