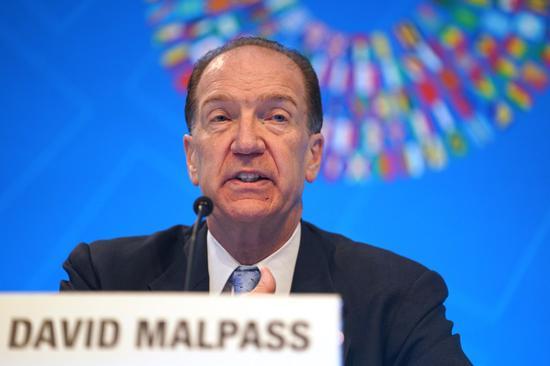 The global economy is experiencing a K-shaped recovery, as advanced economies have been able to provide support while the poorest countries are facing an increasingly desperate recession, World Bank Group President David Malpass said Wednesday.

"What we're seeing so far is sometimes described as a K-shaped recovery," Malpass told reporters at a virtual press conference during the annual meetings of the World Bank Group and the International Monetary Fund (IMF).

"That means the advanced economies have been able to provide support, especially for their financial markets and for people that have jobs that can be done by working from home," Malpass said.

The World Bank chief highlighted the significance of the Group of Twenty (G20) debt relief program, saying that there's been progress both in terms of fiscal benefits and also transparency benefits. 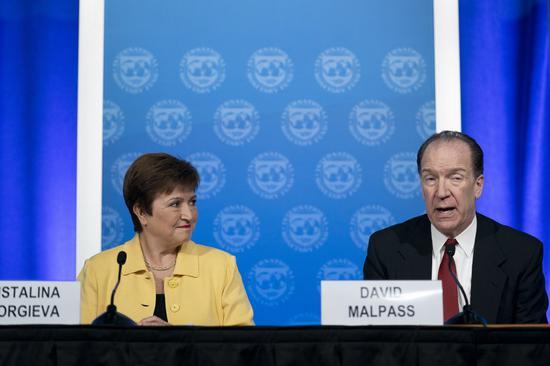 In April, the G20 endorsed the Debt Service Suspension Initiative (DSSI) to help the poorest countries manage the impact of the pandemic, allowing them to suspend payments on official bilateral debt until the end of 2020.

In a virtual meeting earlier Wednesday, G20 finance ministers and central bank governors agreed to extend the DSSI by another six months, and to examine by April if the economic and financial situation requires further extension.

Malpass welcomed the latest progress, and highlighted the discussion of debt reduction among G20 economies, noting that the DSSI only defers payments into the future but doesn't reduce them.

Discussion of debt reduction is "very important because the poorest countries need light at the end of the tunnel," said the World Bank chief.