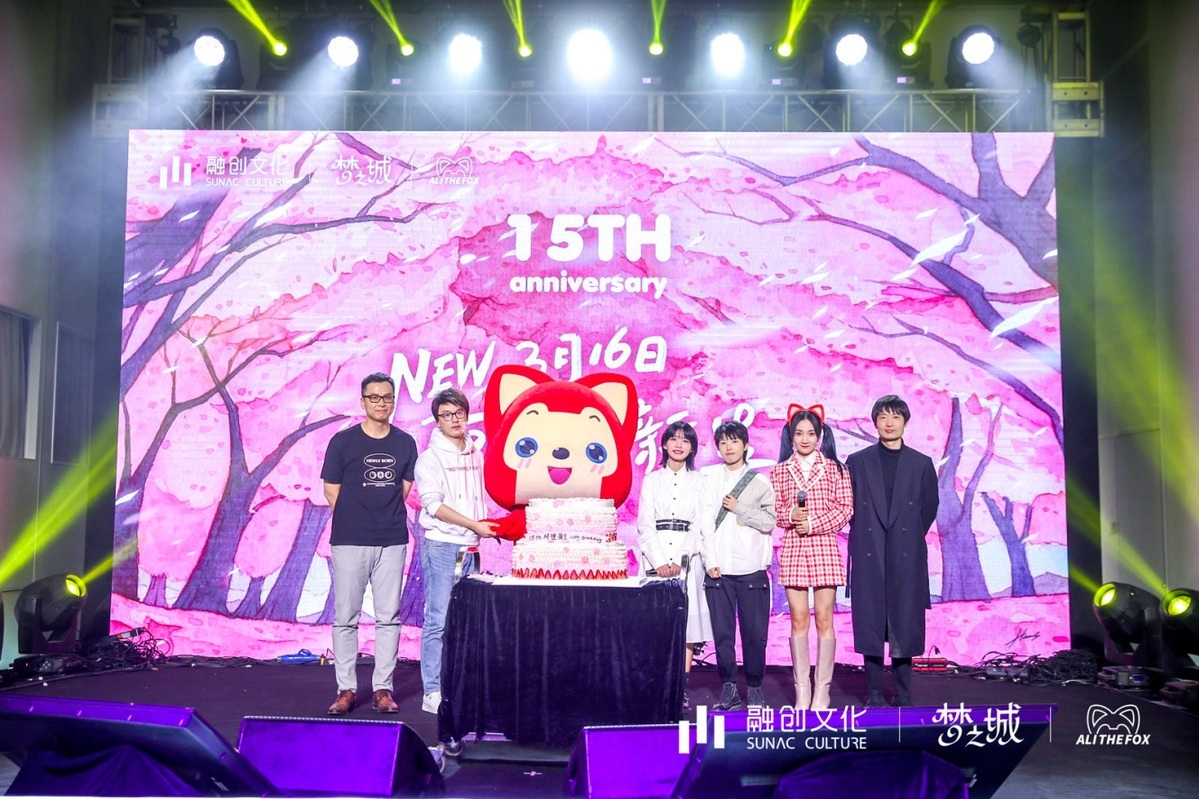 Beijing Dream Castle Culture Co Ltd said on Tuesday it will double the amount of animated series and picture books, as well as emojis, for Ali, the company's landmark IP and also the first emoji of cartoon images on WeChat.

Li Yuhao, CEO of Dream Castle and vice-president of Sunac Culture, disclosed that the first Ali film will be released next year and the company will continue to open more offline tea shops and other themed entertainment spaces.

Emojis are the newest form of intellectual property, or IP, in China, spawning millions of yuan for their creators and sellers. The digital image-based art form also is creating a whole new line of business that is estimated to see double-digit, perhaps even triple-digit, annual growth in the next few years.

"We aim to continue to expand the vitality of IP through new content, new aesthetics, and new scenes, in a bid that the IP can grow in a sustainably way," Li said at Ali's 15th anniversary party in Beijing.

Li said Ali's animated series is under planning and production, with each season lasting about 260 minutes, and Ali's picture book also will continue to have least nine issues per year.

Ali, a red fox animated character created by Hans, has attracted millions of fans in China. Many were drawn by the warm, fairytale-like stories of Ali and his animal friends.