BUSINESS Popularity of fur-trimmed parkas a boon for coyote trappers

Popularity of fur-trimmed parkas a boon for coyote trappers

Those fur-trimmed parkas so common on city sidewalks have become a boon to backwoods trappers. 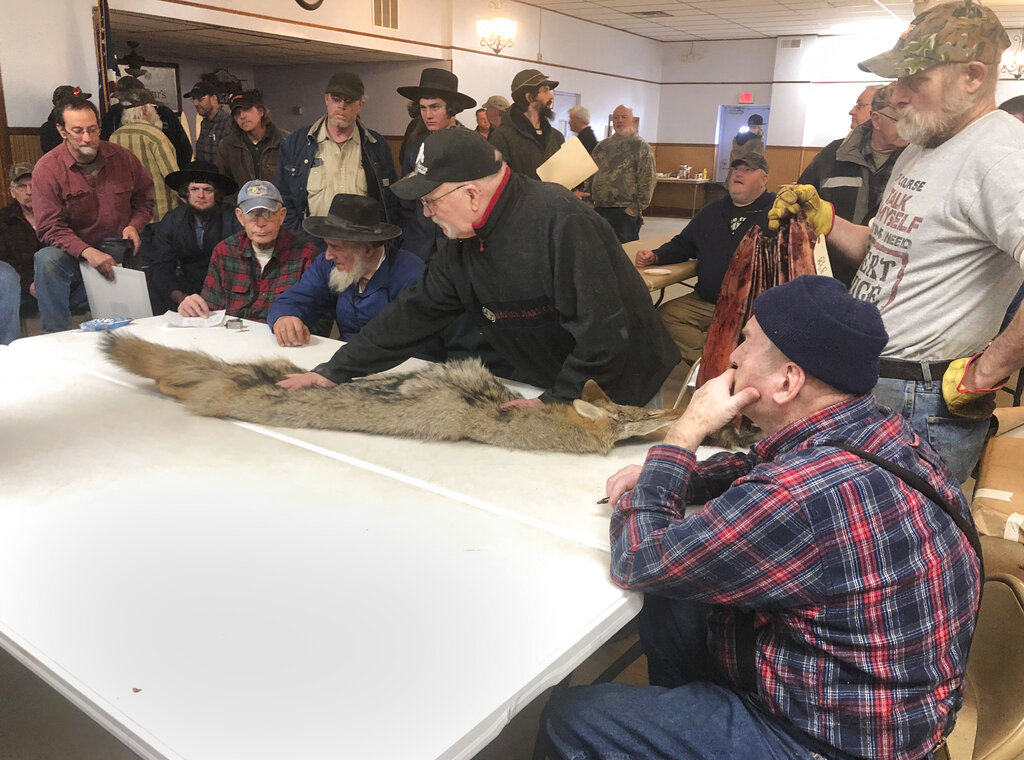 Coyote fur pelts are in big demand to provide the lush, silvery or tawny-tinged arcs of fur on the hoods on Canada Goose coats and their many global imitators. A good western coyote, prized for its silky, light-colored fur, can fetch more than $100. The top price at a recent Colorado auction hit $170, a 40 percent increase from four years ago.

"Coyotes are hot," says John Hughes, a longtime buyer at J and M Furs in Roundup, Montana, "and it's all due to the trim trade."

Late fall and early winter are the prime trapping time, when coyote coats are at their fullest, but a lot of the selling happens in late winter. Fur is sold at big auction houses in Canada, by individual fur buyers across North America and at local auctions near where the animals roam. At one such auction in a VFW hall in the upstate New York town of Herkimer, tables were piled high with the furs of hundreds of muskrats, beavers, fishers, mink, red fox, gray fox, otters, bobcats and coyotes.

"They like the white-belly coyotes, something like this, the whiter belly," says John Rutherford, a trapper and hunter, showing a lush, long-haired coyotes.

Fur experts say the uptick in coyote demand began with Canada Goose parkas, with their distinctive Arctic Circle patch, a brand that went big in 2013 when model Kate Upton famously wore one over her bikini on the cover of the Sports Illustrated swimsuit Issue. Over the years, more celebrities and their fashion-conscious followers began donning the parkas, which now can retail for more than $1,000 each.

"Canada Goose is always the name that people relate to, but there are so many other brands that make similar coats," says Mark Downey, CEO of Fur Harvesters Auction Inc. of North Bay, Ontario. "Basically, it's just a coyote trim ruff that goes around the hood of all those kinds of coats."

Downey suspects the bull market for coyote will continue. North American Fur Auctions was similarly optimistic in a November web posting, saying the trim business continues to be in full fashion with Canada Goose being the major taker.

Toronto-based Canada Goose did not respond to requests for comment. 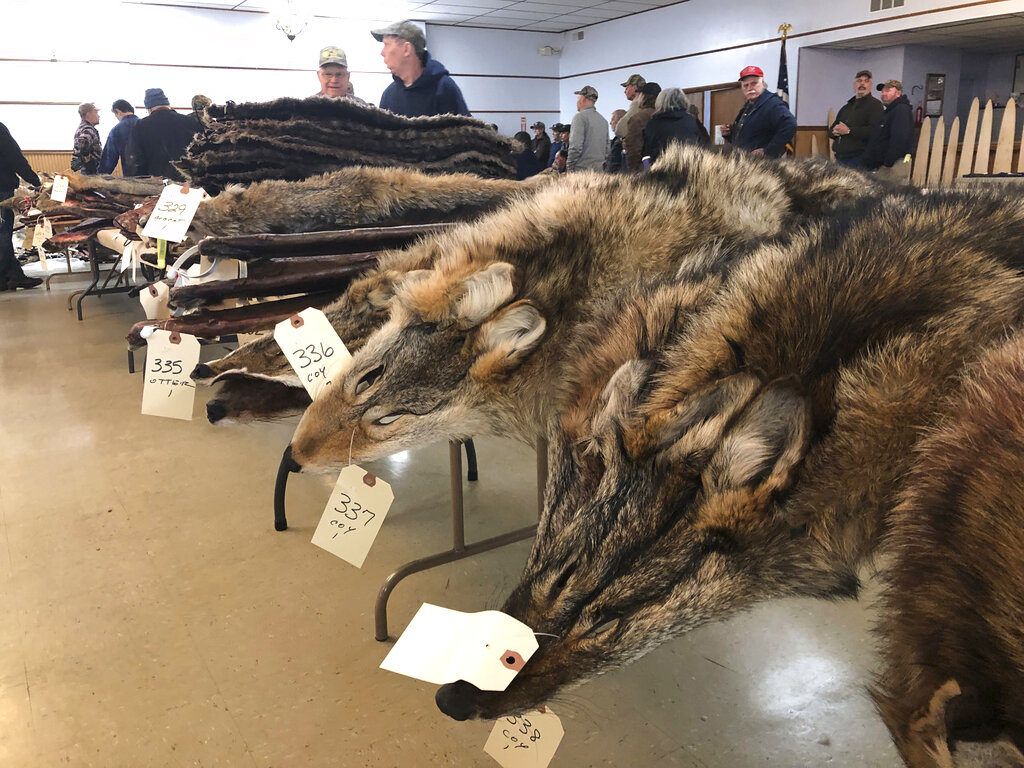 Feb. 2, 2019 photo, coyote pelts are displayed for sale at a trappers' auction in Herkimer, N.Y.

The hot market for coyotes comes as trappers deal with recent economic slumps in China and Russia, competition from ranched fur and the intense ire of animal welfare activists, who consider the popular steel leg-hold traps particularly cruel.

Coyote trappers see themselves as sportsmen helping control populations of a ubiquitous animal often considered a nuisance. Coyotes have been spotted from the streets of Los Angeles to Manhattan's Central Park. Farmers view them as chicken poachers, and suburban residents see them as threats to their pets.

To trappers, coyotes are one of the few money-making animals, along with bobcats and a few others.

"It is the one bright spot in most of the country," says Dave Linkhart, of the National Trappers Association.

Hughes will pay trappers an average of $75 to $105 and as much as $120 for a western coyote. He sells to operations that create trim strips, which sells to garment makers.

"The coyotes that we have here in Montana are probably the best coyotes in the world for trim," Hughes said. "They're heavy, so the hair stands up for the trim, and they're pale."

He handles an average of 10,000 coyotes annually, though the numbers are down for western coyotes this year. Some blame early-season snow in Canada and the western United States, which made it harder for trappers to get out. Others believe there are simply fewer western coyotes this winter.

Either way, Downey said, "there's not enough western coyotes to go around," increasing demand on eastern coyotes, which tend to have coarser fur.

At the Herkimer auction, eastern coyotes tended to sell for $19 to $46. Rutherford made more than $200 for seven coyote furs.