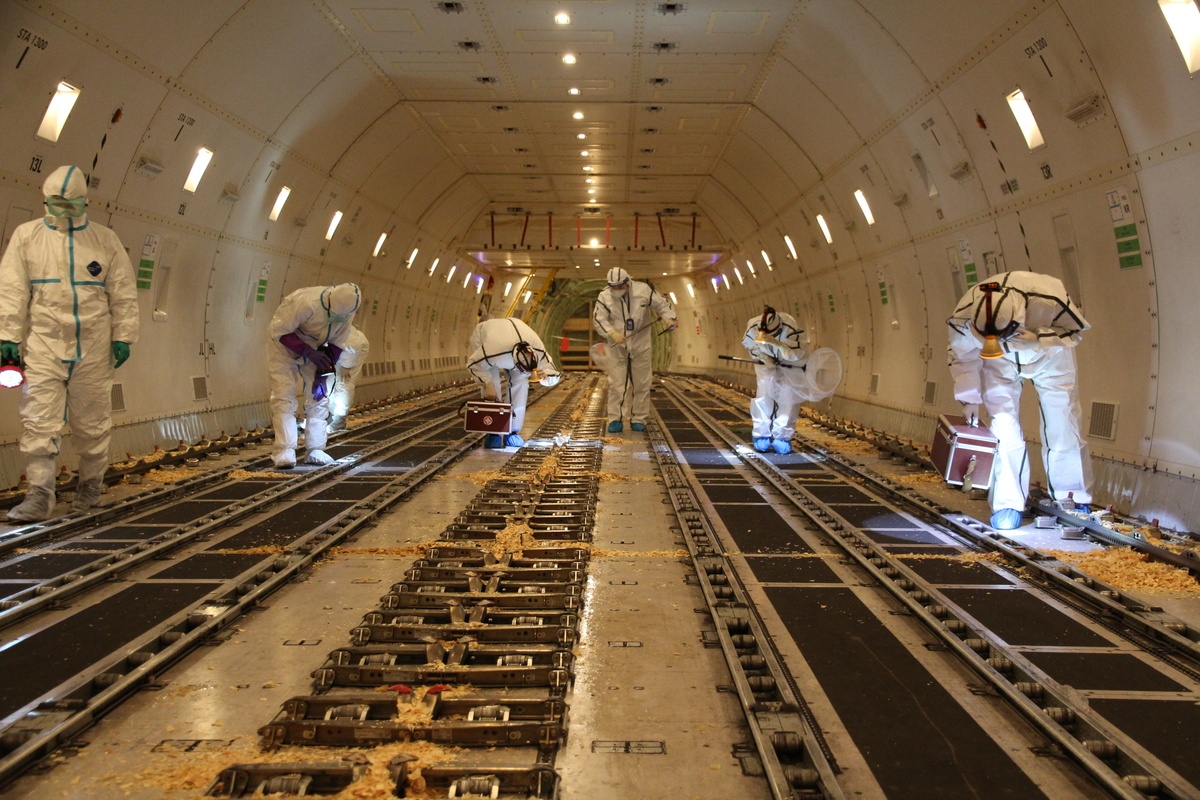 Customs officials conduct onboard quarantine inspection in an air freighter after unloading the breeding pigs in an cargo airport in eastern China in late March. (Photo provided to chinadaily.com.cn)

China's pork imports surged 69.6 percent year-on-year to 1.25 million metric tons in the first two months of this year, the General Administration of Customs said on Tuesday.

A total of 997 foreign meat companies had received a green light from the government to register in China by last Tuesday this year, including 450 pork businesses, the GAC said in a statement.

The country imported a total of 4,325 breeding pigs from countries including France and Denmark in the first quarter of this year.

The customs authority will adopt new facilitation measures to help pig farms resume production, increase pork output and stabilize the supply chain of meat products, according to the statement.

China has stepped up efforts to boost pork supplies and curb surging pork prices, taking a series of measures including releasing frozen meat, boosting the production and supplies of alternatives such as poultry, rising meat imports and offering subsidies for companies and big farms in need.