When buying fresh groceries downtown, Chinese customers are paying much more for their pork lately. Chinese pork dealers confirm that their pork prices have been on the rise. That's not going to change soon, experts say, expecting pork prices to stay high and rise further in the short term due to a supply shortage. 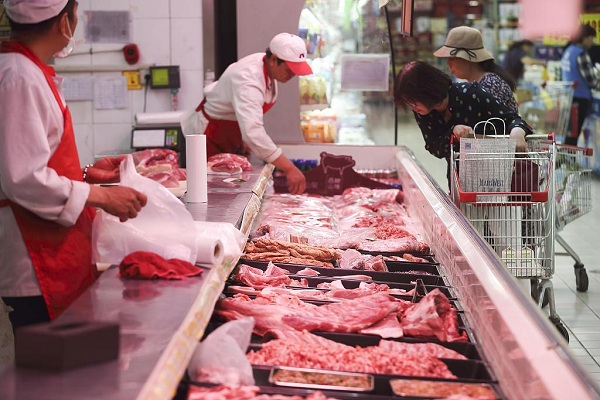 Although the fever itself doesn't affect humans, it kills pigs. Farmers are required to cull their hogs if they become infected. That has meant a massive decline in pig farming and pork production, which some say may rise to as much as one-third of the nation's stock by the end of the year.

Yang Zhongning, an investment consultant from Industrial Securities, expects that pork prices will continue to rise in the short-term.

"There's still quite a gap between supply and demand in the market. Although we are importing pork from other markets to help ease the shortage, I'd say that's not enough," Yang said.

The consultant's view was also supported by research conducted on hog farms, which showed that the number of marketable hogs is on the decline. "So that will bring the market to expect more rising pork prices in the third quarter," Yang projected.

It is not only pork prices that are being affected, demand for soybeans, used as food for hogs, as well as other kinds of meat prices are also being affected.

The swine fever has cut down on China's soybean demand. China imported a total of 7.4 million tons of soybeans in May, 24 percent less than in the same period last year.

But analysts say it's likely that Chinese will turn to consume more chicken and beef in the third quarter, which will lift the performance of producers of those meats.