Porsche confident of delivering in China in spite of pandemic disruption 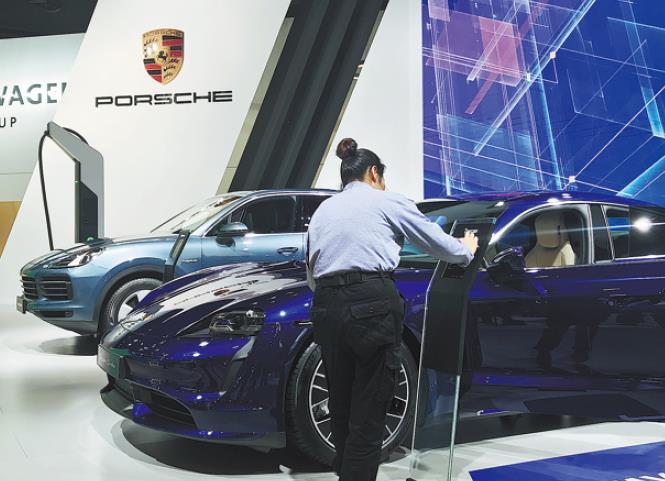 Porsche's plant closures in Germany due to the coronavirus outbreak will not affect new car deliveries in its largest market of China, said its Chairman Oliver Blume.

The premium carmaker has suspended production at its Zuffenhausen and Leipzig plants since late March for the safety of its employees. Automotive News Europe reported that they will be remain closed this week because of global supply disruptions.

Blume told China Daily in late March that Porsche has an abundant stock of vehicles in China, which were shipped into the country before the pandemic broke out in Europe.

"We started preparations very early, so our plant closures in Germany will not have too much impact on new car deliveries in China," he said.

Porsche suffered a 60 percent plunge in sales in the country in February, as the coronavirus peaked and dealerships closed. But as the worst of the epidemic is seemingly over in China, it has witnessed signs of recovery.

Blume said 96 percent of its dealerships in China reopened their doors by the end of March, and he expected sales to return to normal after May thanks to the country's effective control of the coronavirus.

But he added that it is impossible to predict right now whether Porsche sales will rebound back to their 2019 levels in China.

Despite the uncertainties because of the pandemic, Blume said the company will not stop its plan to invest around 10 billion euros from 2020 to 2024 in electrification and digitalization.

Porsche launched its first electric model, the Taycan, last year, as part of its efforts to go electric. The next one will be Taycan's Cross Turismo derivative.

He said the new generation of the Macan SUV will also be electrically powered, and it will thus be Porsche's second fully electric model series.

The company expects half of its portfolio will be fully electric and plug-in hybrids by the middle of the decade.

Blume is optimistic about the charm of electric Porsche models. He said the company had already received around 30,000 serious purchase enquiries for the Taycan before its global premiere in September 2019.

"More than 15,000 customers have now signed their purchase contract. We are confident that we will also be able to generate a high demand in 2020 as a result of the attractiveness of the Taycan and our 911, 718 and Cayenne derivatives," he said.

Lutz Meschke, a board member responsible for finance and IT, said despite the investment in electrification, digitalization, and the expansion and renewal of company sites, the company aims to continue to meet its high earnings target.