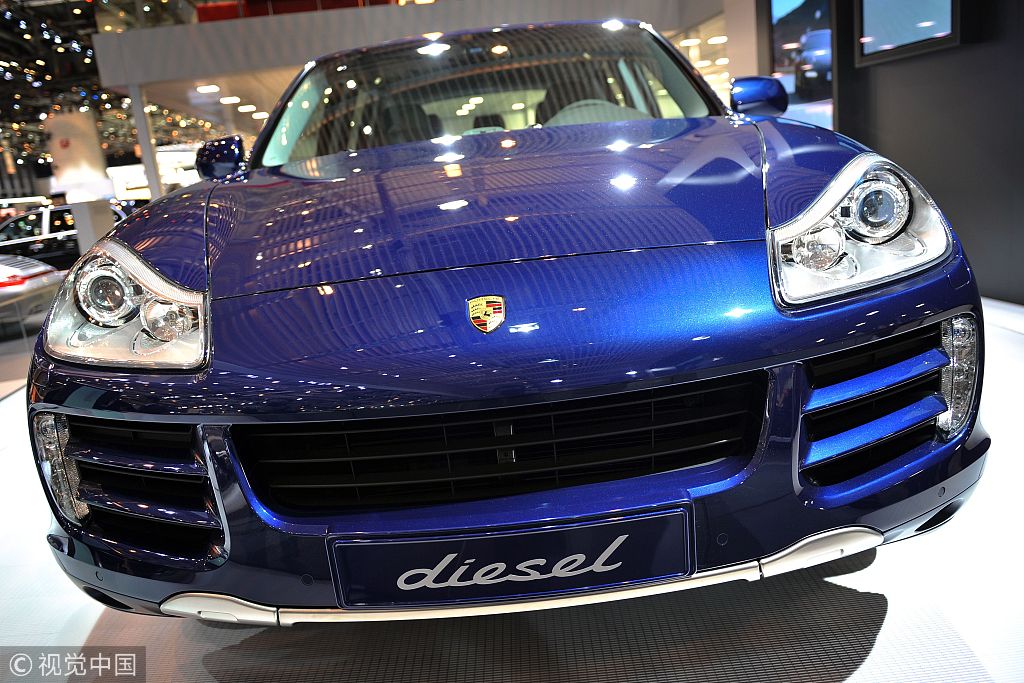 In this file photo taken on March 3, 2009 the new Porsche Cayenne diesel is displayed at the German luxury car maker during the first media day of the 79th Geneva Car Show in Geneva. (Photo: VCG)

"There won't be any Porsche diesels in the future," CEO Oliver Blume told the newspaper Bild am Sonntag.

Instead, the company would concentrate on what he called its core strength, "powerful petrol, hybrid and, from 2019, purely electric vehicles".

The Porsche chief conceded the step was a result of the three-year-old "dieselgate" scandal at auto giant Volkswagen, the group to which the luxury sports car brand belongs.

VW in 2015 admitted to US regulators to having installed so-called "defeat devices" in 11 million cars worldwide to dupe emissions tests.

It has so far paid out more than 27 billion euros in fines, vehicle buybacks, recalls and legal costs and remains mired in legal woes at home and abroad.

Diesel car sales have dropped sharply as several German cities have banned them to bring down air pollution -- a trend that Chancellor Angela Merkel was due to discuss with car company chiefs in Berlin later Sunday.

Stuttgart-based Porsche in February stopped taking orders for diesel models, which it had sold for nearly a decade.

Blume said Porsche had "never developed and produced diesel engines", having used Audi motors, yet the image of the brand had suffered.

"The diesel crisis has caused us a lot of trouble," he said, months after Germany's Federal Transport Authority ordered the recall of nearly 60,000 Porsche SUVs in Europe.

Blume promised that the company would keep servicing diesel models on the road now.

According to the paper, Porsche also faces claims of having manipulated engines to produce a more powerful sound with a technique that was deactivated during testing.

Blume acknowledged that German regulators had found irregularities in the 8-cylinder Cayenne EU5, affecting some 13,500 units.

The German government hopes to see one million fully electric and hybrid vehicles on the road by 2022, up from fewer than 100,000 at the start of this year.