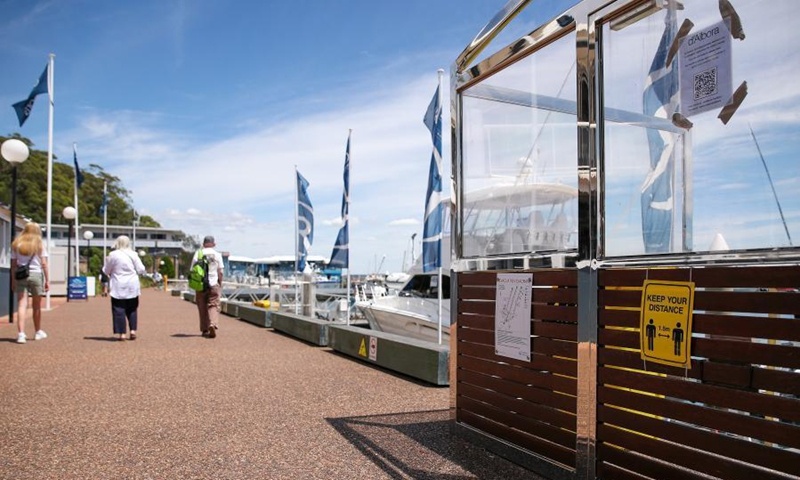 The Port of Newcastle in the Australian state of New South Wales is under pressure from a group of Australian politicians over its partial Chinese ownership, and a Chinese expert said the move is another case of political manipulation by Canberra to dismantle the ballast stone of China-Australia ties.

Newcastle, a busy coal port, has been under political fire from a group of 14 Australian politicians, who want the Australian federal government to declare the port a monopoly, the South China Morning Post reported on Tuesday.

However, a report by Australia's National Competition Council indicated that the port had not breached any pricing rules.

China Merchants Port Holdings Co, which invests in a number of global ports and has a 50-percent stake in Port of Newcastle, did not reply to the Global Times' request for comment.

A staffer from the public relations department referred such questions to the port authority, explaining that the company is a strategic financial investor and the port itself is run by its Australian partner.

Authorities at the Port of Newcastle did not reply to a Global Times inquiry on Wednesday.

Port charges make up about 1 percent of the total cost of coal and do not appear to substantiate any claims by local politicians, the Post reported, citing data from a third party.

The claims against the Port of Newcastle should not be seen as an isolated case, Chen Hong, director of the Australian Studies Center at East China Normal University in Shanghai, told the Global Times.

"Given the Australian federal government's ongoing review of the lease of Darwin Port, invested in by China's Landbridge Group, it is apparently another wave of political manipulation by anti-China politicians in Australia to dismantle China-Australia trade and economic cooperation -- the ballast of China-Australia ties," Chen said on Wednesday.

This manipulation, which is part of a concerted move by the US' anti-China campaign, will dismantle the cornerstone of Australian economic prosperity seen in the past three decades, noted Chen.

Stakes in Australian ports are a natural reflection of the inseparable and complementary economic bonds between the two countries, Chen said.

Chen noted that such political noise is aimed at undermining the mutually beneficial ties between the two countries, and warned politicians that it is "easier to break than to make" such ties.

Australia's ties with China took a downward spiral with its ban of Chinese telecommunication giant Huawei, its call for a so-called independent investigation over the origins of the COVID-19 virus, and its veto of Victoria State's deal with China over Belt and Road Initiative cooperation.

While most Chinese continue to believe the US is the single biggest disruption to China-Australia ties, the number of those who believe Australia's domestic political factors play a part in the souring situation has increased, a Global Times survey showed.

Some 45.6 percent of Chinese believe the fraught ties are due to the US factor, down four percentage points compared with a year ago, according to a survey conducted by the Global Times Research Center in cooperation with the Australian Studies Center of Beijing Foreign Studies University (BFSU) from June 11-15, via an online questionnaire with market survey firm DATA100.

Those who believe that an ideological divide and domestic Australian politics are playing a part in the weakened ties has increased, the survey showed.