At a conference in Lisbon on Friday, politicians, bankers, businesspeople and students alike gathered to discuss Portugal's participation in the China-proposed Belt and Road (B&R) Initiative. 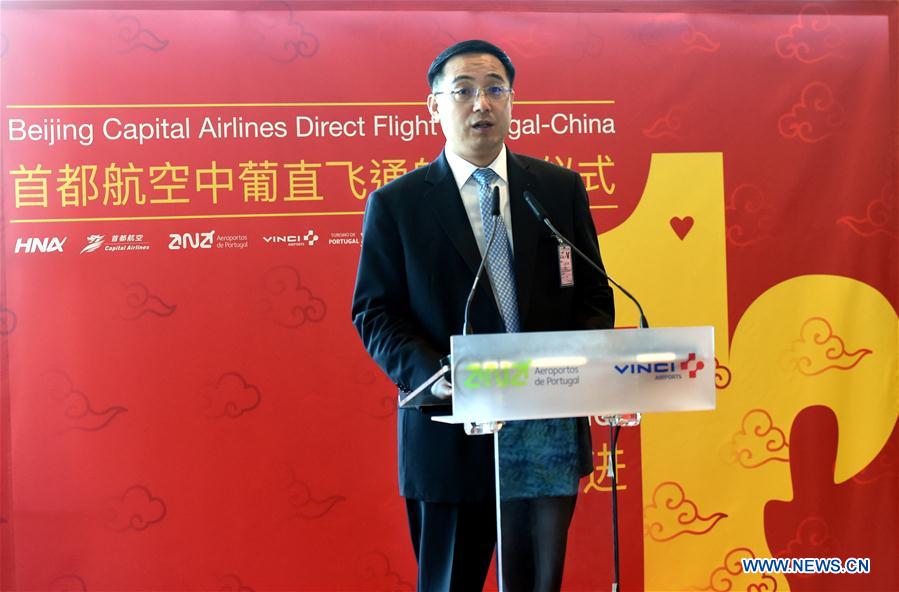 Addressing the event, Cai Run, Chinese Ambassador to Portugal, said that "Portuguese-Chinese relations are currently the best they've been in history" and highlighted investment, tourism and higher education as the three areas in Portugal where China would participate more.

He said that the B&R initiative is "not China's solo show, but a chorus for all participating countries to join in with."

Hailing the initiative as "a great platform to promote mutual benefits" and "a new driving force for global economic growth," the ambassador described Portugal as "an important spot on the Maritime Silk Road."

"China values Portugal's role in the B&R initiative very highly and is willing to proactively push ahead with increased, pragmatic Chinese and Portuguese cooperation under the framework," he said.

Portugal has been pushing for the land-based belt, currently projected to run from Southwest China's Chongqing to Madrid, and then to be later extended to Portugal, specifically as far as the Port of Sines, so that the port can be included into the Maritime Silk Road.

And Sines is Portugal's largest and busiest commercial port.

In September 2017, Portugal and China signed a bilateral agreement aimed at speeding up customs procedures for shipments traveling between Sines and Chinese ports.

Portugal is also promoting the viability of Setubal, an under-used port north of Sines and south of Lisbon, and the Beja airbase, an airport 100 kilometers east of Sines.

"The logical thing is that the inland Silk Road meets the Maritime Silk Road at Sines in Portugal," Fernanda Ilheu, president of the board of directors at the New Silk Road Friends Association, told the Xinhua News Agency.

"I thought we needed a think tank in Portugal for this initiative, to see how we can jointly build the new silk road with China, mostly the Maritime Silk Road, where we have a lot of experience, tradition and knowledge," said Ilheu.

"Portugal needs to focus on this initiative, find out more, promote it and understand how we can cooperate. That's the basis of our association."