The restorative investment and construction projects conducted after the epidemic will create growth momentum and also push the structural adjustment and industrial upgrading of China's machinery manufacturing sector this year, said a senior industry official. 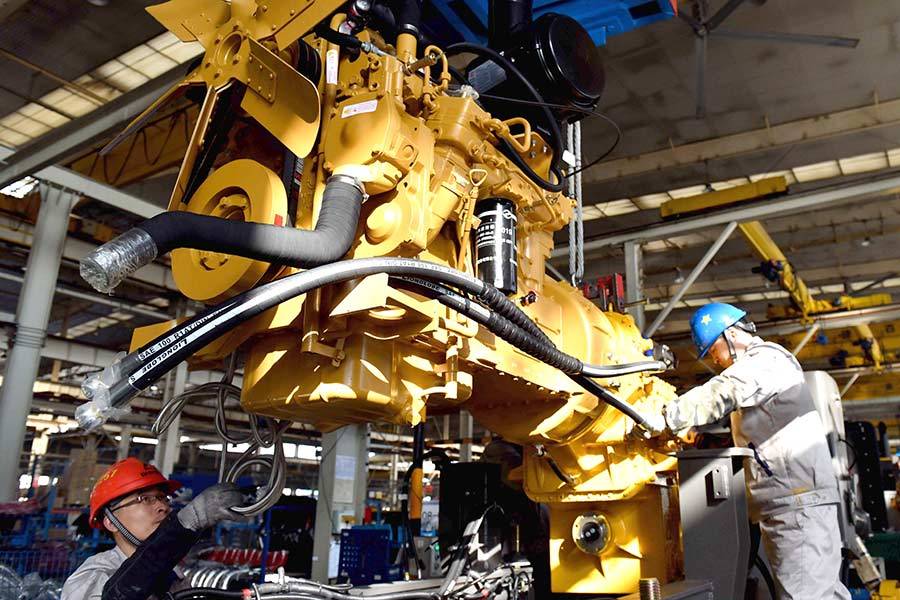 Employees of an engineering machinery manufacturer in Shandong province work on the company's production line of loaders. (Photo: Xinhua)

Chen Bin, executive vice-president of the China Machinery Industry Federation, said even though the country's machinery makers are facing difficulties such as delayed production, poor logistics conditions and overseas order cancellations after Spring Festival, the industry's growth will be boosted by the government's supportive policies and measures for work resumption.

The Beijing-based CMIF predicted that the production of China's machinery manufacturers will be fully recovered in the second quarter of this year and many of its member companies have already begun to produce equipment and vehicles such as negative pressure ambulances, disinfection robots and exhaust fans as part of the country's drive to fight the novel coronavirus outbreak.

Based on the analysis, Chen said that the economic operation of China's machinery industry will gradually rise in 2020. The growth rate of industrial added value can still reach about 5 percent if the epidemic can be ended soon, and indicators such as operating income and total profit will experience a slight increase.