The pound hit a fresh five-month peak above $1.30 Monday on renewed Brexit optimism after Prime Minister Boris Johnson requested another extension to Britain's scheduled departure from the European Union. 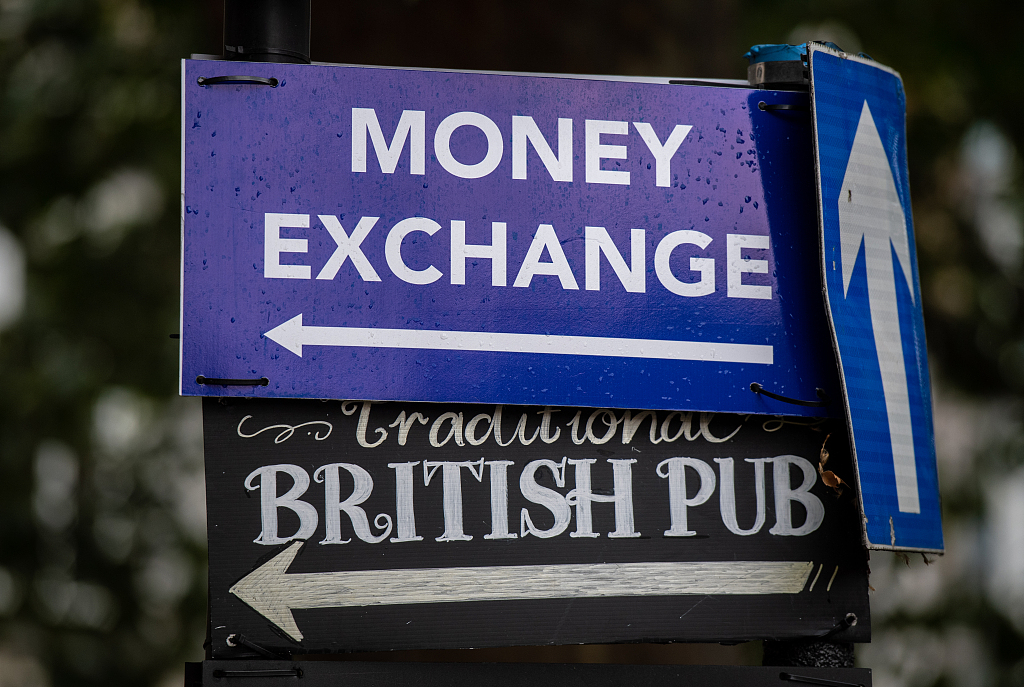 A sign points to a bureau de change and British pub in Kensington. (Photo: VCG)

"Markets (are) starting to price in a best case scenario in terms of the deal getting passed this week and then a short extension to pass any necessary legislation," CMC Markets analyst Michael Hewson told AFP.

"Whether that optimism turns out to be premature is another matter; only time will tell."

Johnson was Monday attempting again to push his EU divorce deal through parliament and avoid the political damage of delaying Brexit beyond next week.

Lawmakers on Saturday mandated the prime minister to break his promise and send a letter to Brussels asking for more time.

"The main driver (for the pound) is hope of a Brexit extension being more likely, which could result in a better exit deal potentially to be negotiated than is currently on offer," said Accendo Markets trader Samuel Springett.

The option of extending the three-and-a-half year crisis past the October 31 Brexit deadline is now in the hands of the 27 remaining EU member states.

Since spiking above $1.30 in the morning London session, sterling has since slid back underneath.

Yet the currency is attracting demand as traders buy on the dips, according to Maurice Pomery, who is head of trading firm Strategic Alpha.

"Markets are still trying to get to grips with what is going to happen with Brexit," he said.

"The pound topped out after taking out $1.30 today but UK bonds stalled at Thursday's lows," Pomery told AFP.

"Dealers seem to be watching bonds closely as we have seen decent moves down -- with yields higher -- across the board.

"The market seems to believe a no-deal is now off the table so we may yet see further gains in the pound."