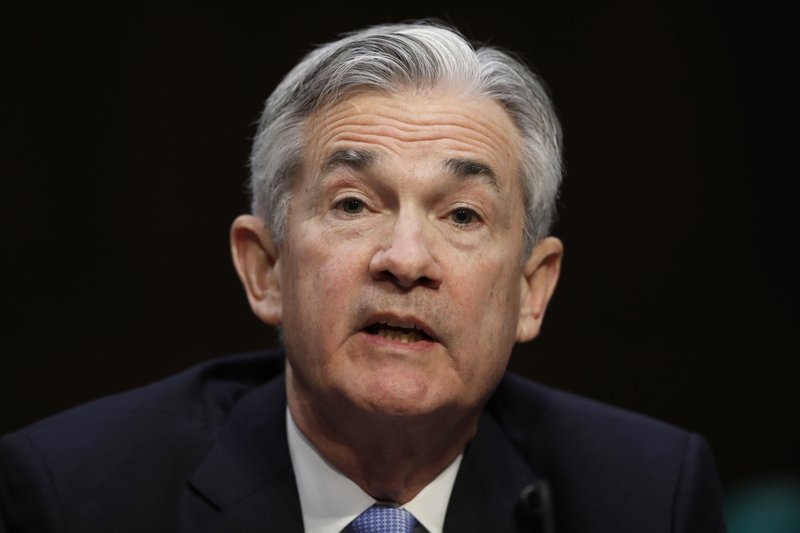 Federal Reserve Chairman Jerome Powell said Tuesday that the global economy is recovering strongly for the first time in a decade, but the central bank needs to remain alert to any emerging risks to financial stability.

In brief remarks during a ceremonial swearing-in, Powell said the central bank is in the process of “gradually” raising interest rates and trimming its massive holdings of Treasury bonds..

He said the Fed is seeking to normalize its policies in a way that will extend the recovery and bolster its goals of achieving stable inflation and maximum employment.

“We will remain alert to any developing risks to financial stability,” Powell said in his only reference to the wild swings in the past two weeks in financial markets.

Powell made the comments during a ceremonial swearing-in event witnessed by Fed staffers and members of his family gathered in the giant atrium of its headquarters building in Washington.

Powell took the oath of office the first time on Feb. 5 when he succeeded Janet Yellen as Fed chairman. The Fed released a brief pre-recorded video message at that time in which Powell pledged to remain “vigilant” to any emerging economic risks.

But the video message and Tuesday’s comments made no specific reference to the recent wild market gyrations. Analysts have said the increased volatility could reflect rising fears in markets that inflation will soon become a bigger threat, prompting the Fed to accelerate the pace of its rate hikes.

Powell is certain to face questions on how the Fed plans to deal with the market turmoil when he delivers the central bank’s semi-annual monetary report to Congress on Feb. 28.

In his comments Tuesday, Powell said the central bank had made “great progress” in moving closer to its goals of maximum employment and stable prices, as well as creating a financial system that is “incomparably stronger and safer, with much higher capital and liquidity, better risk management and other improvements” since the 2008 financial crisis.

“Much credit for these results should go to Chairman (Ben) Bernanke and Chair Yellen. I am grateful for their leadership and for their example and advice as colleagues,” Powell said, saluting his two predecessors.

Powell was tapped by President Donald Trump to succeed Yellen, who has said she was disappointed that Trump did not offer her a second term.

In his remarks, Powell said that the Fed has been a leader over the past 25 years in improving transparency to give the public a better understanding of the decisions it has made in managing the economy.

“We will continue to pursue ways to improve transparency both in monetary policy and in regulation,” Powell said.