BUSINESS Powering batteries with many lives

Powering batteries with many lives 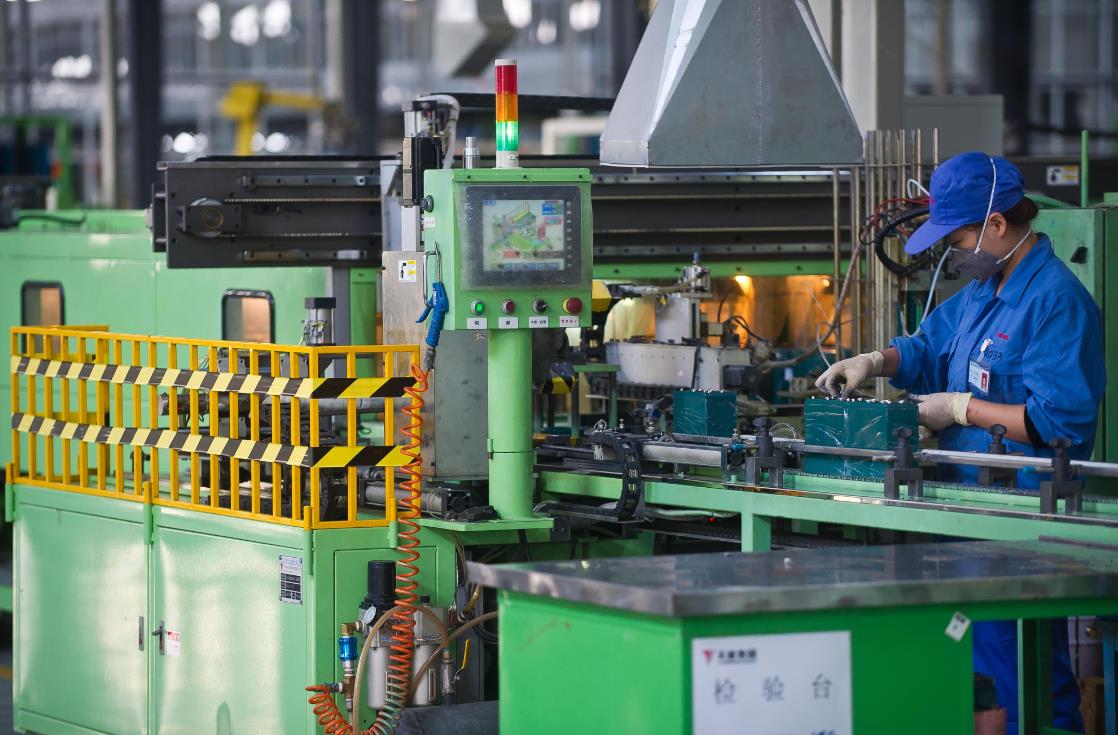 China is the world's largest market for electric vehicles with 1.5 million new energy-powered units sold by the end of 2018－and this means, fuel batteries are in great demand, even necessitating their recycling.

Reprocessing of fuel batteries has emerged as a legitimate mainstream business with a potential for 13.1 billion yuan ($1.95 billion) in sales and a volume of 422,000 tons by 2022, according to research agency EVTank.

This makes it a key part of China's efforts to develop circular economy, industry experts said.

That e-vehicle sales rose more than 72 percent in 2018 suggests the industry may be set for rapid growth. According to Askci Consulting, a market research firm, installed capacity for electric vehicle fuel batteries has reached an accumulative 18.9 gigawatt-hours in the first seven months of 2018, up 126 percent year-on-year (1 GWh = 1 million kilowatt-hours).

"In China, an EV (e-vehicle) battery is considered 'retired' when its rated capacity drops to 80 percent of its original total. Batteries with 80 percent or lower of rated capacity have insufficient power to steer the vehicle," said Han Xiaoping, chief researcher at energy analysis website China5e.

Industry estimates show over 200,000 metric tons of e-vehicle batteries, with a collective capacity of more than 24.6 GWh, will retire by 2020.

According to Askci Consulting, about 70 percent of them, or about 140,000 tons, are eligible for collection and recycling.

So, where do they go when they retire? Han said when the first batch of e-vehicles hit the retirement age, repurposing of their batteries for their second, third, or even fourth lives, is going to be a key issue. "The logic behind this is the circular economy."

The concept of circular economy has been gaining traction in the economic discourse in China of late.

He Lifeng, head of the National Development and Reform Commission, confirmed during the annual sessions of the country's top legislature and top political advisory body in March that China is drafting recycling policies, including for cars and electric home appliances.

Han said: "Although retired EV batteries have only 80 percent of original rated capacity, they can still be used in multiple fields such as upcoming 5G base-stations, grid energy storage, and many other areas. Raw material extraction comes after repurposing and is considered the last step of recycling. The market is huge."

The market size of raw material extraction from retired batteries is not small, considering all the possible applications those batteries may have in their second or third lives.

Repurposing may slow if recyclers see extraction of materials like cobalt as more profitable, according to a Bloomberg report.

Han said repurposing batteries first for re-use before sending them to material extraction units will benefit the industry in the long run.

"Take China Tower as an example. The company replaced lead batteries with retired lithium-powered batteries from EVs. The latter actually saved the operational costs by roughly three-fourths for the company," Han said.

"As lead batteries are more polluting compared with lithium-powered batteries, the move is also considered beneficial to environment protection and a support to China's call to battle pollution."

Many players such as China Tower have entered the business. Tianneng Battery Group Co Ltd has invested 3 billion yuan to set up a new industrial park for e-vehicle battery recycling. Tianneng said it recycles about 300,000 tons of retired lead batteries annually.

The process has saved 38 percent on the cost of lead production, compared with that of original raw materials, according to Tianneng.

Recycling of electric vehicle batteries also helps the company in reducing solid waste by 60 percent. That is not all. It also cuts sulfur dioxide emissions by 66 percent, and saves water use by 50 percent and coal use by 60 percent.

In addition, mergers and acquisitions are getting popular among many industry players.

"Although many players have eyed the industry for quite some time, quite a few have developed a mature industry chain in the area of EV battery recycling," Han said.

Wang Jingzhong, deputy head of the China Battery Industry Association, told China Business Journal that although the market for recycling batteries is huge in China, the industry is still nascent.

"With so many companies rushing to the industry, there is a need for certain industry standards, as inappropriate retired EV battery reprocessing (especially for raw material extraction) can cause massive pollution of the environment and require even larger efforts to deal with that situation," Wang told China Business Journal.