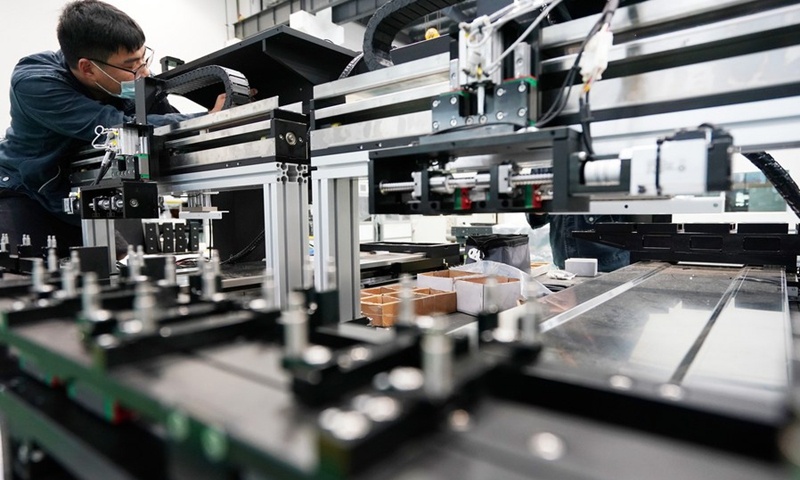 China has reached a critical moment to highlight the need to strengthen basic research, Chinese Premier Li Keqiang said during a visit to the National Nature Science Foundation of China on Monday, urging to prioritize basic research amid uncertainties in global context.

In fact, the "stranglehold" is a result of being "stuck in basic research," Li said.

The current international situation is undergoing great changes. There are many shortcomings in the development of science and technology in the country and the technology bottleneck experienced in many industries is mainly caused by the weakness in innovation, the Premier said.

The remarks, which come as China is entangled in a tech war with the US, further drive the need for Research and Development (R&D) to stay at the core of China's technology development.

Scaling up the technological ladder and focusing on self-reliance on key technologies also topped the agenda of the 2021 Government Work Report. It provides the blueprints and work methodology to lead the next big step forward on the volume and structure of research and development spending and drive forward China's efforts to narrow the technology gap with the US.

The National Natural Science Foundation of China, established in the 1980s, is the "main channel" for the country to support basic research. It has provided extensive and stable funding for basic research over the years.

China's spending on basic research during the 14th Five-Year Plan (2021-2025) period will likely reach a record 8 percent of all R&D expenditure, according to the Ministry of Science and Technology.

"Basic research is the cornerstone to promote original innovation and build a platform for the development of science and technology and industry. Our country has reached a critical period when we must vigorously strengthen basic research. We must not miss this opportunity," said Li.

On Tuesday, China's State Council released a document to further open up the market and build up an international market environment. It vows to improve the promotion of foreign investment and service systems, reduce and improve the negative list of foreign investment access, and facilitate high-level foreign talents to come to China to promote entrepreneurship and innovation.