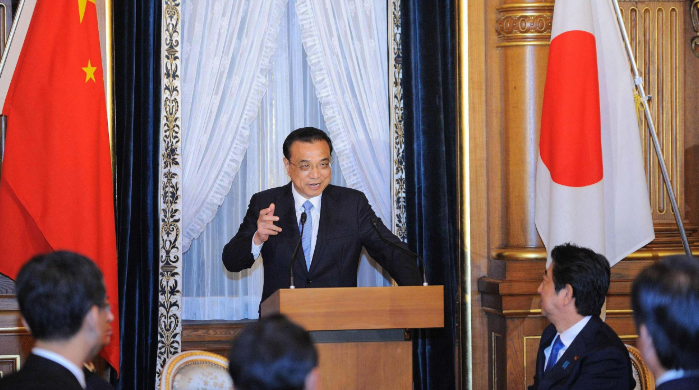 This is the first time that China has given Japan an investment quota as part of boosting ties. The granting of the RQFII quota would help Japanese financial institutions to actively invest in China's capital market through the RQFII, according to Chinese Premier Li.

Japanese investment in China rose at a fast pace. During the first three months of 2018, 153 new companies with Japanese investors were set up in China. That was a 43% surge on the previous year, the Chinese Ministry of Commerce (MOC) said.

To gradually open the capital account, the Chinese government introduced the Qualified Foreign Institutional Investors and RQFII programs in 2003 and 2011 respectively. They give foreign investors the right to move money into the account to encourage controlled flows.

“The two sides have agreed in principle to sign a currency swap deal at an early date, and this will help safeguard financial market stability and promote investment facilitation,” Li said.

During the meeting, Li also pointed out that China holds a positive attitude towards setting up a yuan clearing bank in Tokyo.

A number of memorandums

To promote trade services, China and Japan have agreed to set up a bilateral trade services cooperation mechanism. And the two sides will work to deepen collaboration in third party marketplaces.

For the first quarter of 2018, the trade volume stood at about 75 billion US dollars. That was an increase of more than 10 percent year-on-year.

China also remains Japan's largest source of tourists. The number of tourists to Japan from the Chinese mainland reached 7.3 million in 2017, up 15 percent year-on-year.