China will not engage in competitive currency devaluation and will not weaken the yuan to boost exports, Chinese Premier Li Keqiang said on Wednesday. 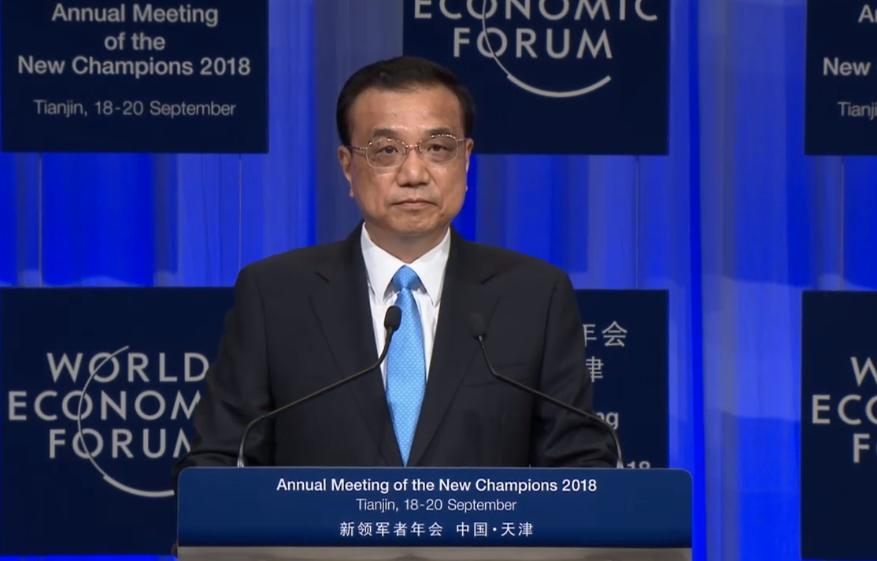 Speaking at the World Economic Forum in north China's Tianjin Municipality, Premier Li said, "China will not devalue the currency to stimulate exports and will adhere to the market-oriented foreign exchange rate reform."

"Recent fluctuations in the renminbi exchange rate have been seen as an intentional measure, but that isn't true," Li said. "One-way devaluation will do more harm than good to China's economy. China will by no means stimulate exports by devaluing the yuan."

"China's process of opening-up will only quicken."

Reducing taxes and fees will be the focus of China's more pro-active fiscal policy and easing funding difficulties for firms will also be key while keeping monetary policy prudent and liquidity reasonably ample, according to Premier Li.

He also expressed that China must resolutely protect intellectual property and will crack down on violations of domestic and foreign IP.

With the theme of "Shaping Innovative Societies in the Fourth Industrial Revolution," the largest-ever annual meeting in the history of Summer Davos Forum is attended by more than 2,000 government, business, academic and media representatives from almost 90 countries.During the forum, Premier Li Keqiang will hold talks with leaders from Estonia, Latvia, Serbia, Samoa and other countries, and exchange ideas with representatives from the business, finance, think tanks and media circles.