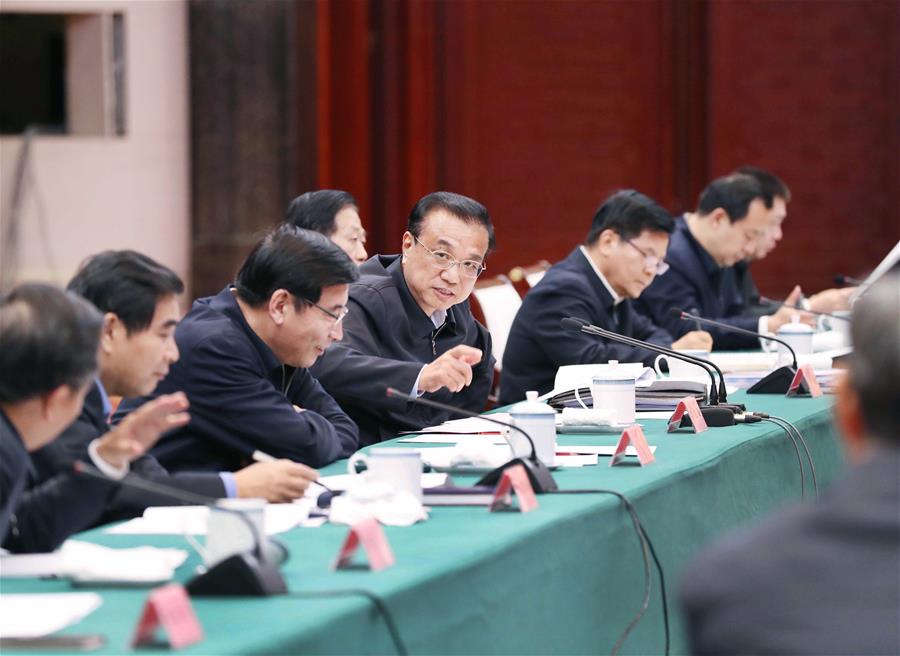 Chinese Premier Li Keqiang, also a member of the Standing Committee of the Political Bureau of the Communist Party of China (CPC) Central Committee, presides over a symposium on the economic situation and basic livelihood of some provincial-level regions in Nanchang, east China's Jiangxi Province, Nov. 14, 2019. (Photo: Xinhua)

Li made the remarks while presiding over a symposium on the economic situation and basic livelihood of some provincial-level regions held in Nanchang, Jiangxi Province.

The premier noted that work should be carried out in a creative way in line with local conditions.

Since the beginning of this year, China has achieved steady economic growth as one of the highlights of the world economy despite complex and challenging situations, Li said.

Addressing the increasing difficulties for domestic growth, Li urged efforts at the local level to further stabilize economic growth, which lays the foundation for high-quality development.

Li stressed that the impetus of development must be enhanced by further releasing the potentials of systematic innovation, in order to delegate power to lower levels and provide better services.

More efforts should be made to strengthen new driving forces and further unleash the potential of the Chinese market by supporting advanced manufacturing industries and emerging service industries, Li said.

Enterprises will also be encouraged to improve supply and launch new products or services, according to Li.

Li called for a secure livelihood for the people as well as promoting the economic development. "We should prioritize employment under the growing economic downward pressure, meanwhile stabilize the price of daily necessities like pork," Li noted.