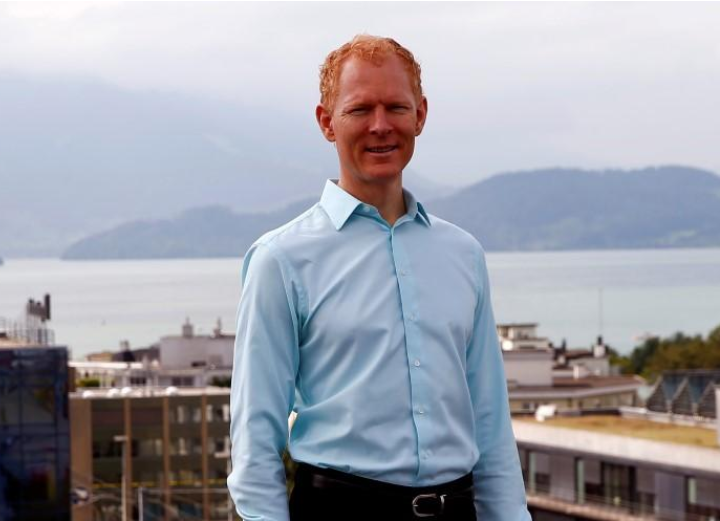 Johann Gevers, founder and CEO of Monetas, poses after an interview with Reuters on the roof of his headquarters in Zug, Switzerland, August 30, 2016. Photo: Reuters/Arnd Wiegmann

The president of a Swiss foundation that conducted a $232 million online fundraiser for the embattled Tezos cryptocurrency project has stepped down, the foundation said in a statement on Thursday.

Johann Gevers, who helped set up the foundation in July, has been replaced by Ryan Jesperson, one of the project’s contributors, the foundation said. Another board member, Diego Olivier Fernandez Pons, has also stepped down, while Michel Mauny, a French computer programming academic has joined the board, the Zug-based foundation said.

The Tezos foundation raised funds to develop a new cryptocurrency in July, through a so-called initial coin offering. While the Tezos ICO remains one of the largest by amount raised, contributors have yet to receive the new cryptocurrency because the project was derailed by infighting between the project’s founders, Kathleen and Arthur Breitman and Gevers. The feud between the Breitmans and Gevers was reported by Reuters in October.

The Breitmans control the Tezos technology through their Delaware-based company, while the foundation controls the funds raised. The Breitmans said in a written statement they welcomed the new board members and they remain “fully dedicated to the Tezos project.”

Gevers and Pons “voluntarily” stepped down from the board, according to the statement. Gevers declined to comment on whether he had reached a financial settlement, citing ongoing litigation.

The new board is “preparing itself to assist in the timely launch of the Tezos network,” according to the statement. A spokesman for the foundation did not provide more information on the timing for the launch and the issuance of the cryptocurrency to contributors.

Since the feud was reported, several class-action lawsuits have been filed in the US against the project’s organizers alleging the fundraiser violated federal securities laws and defrauded investors.

Earlier this month, the US Securities and Exchange Commission denied a public information request from David Silver, a lawyer representing some of the class-action plaintiffs, seeking information on Tezos, saying doing so could interfere with an investigation or enforcement activities.

The Tezos fundraiser was structured as a donation, though some contributors believed it was an investment. If deemed a donation and not a security, the funds raised might not fall under the remit of the SEC.

Silver said in an email he looked forward to learning more about the new president of the board and his business background. “Unfortunately, the governance situation is a complicated mess; and I don’t think this does anything to help that,” Silver said.

Jesperson, an American who works in financial technology, is planning to relocate to Zug from Utah with his family, according to the foundation’s statement. Earlier this year, Jesperson led an effort to set up a second Swiss foundation for the Tezos project with the aim of supporting the cryptocurrency release in case the infighting continued.