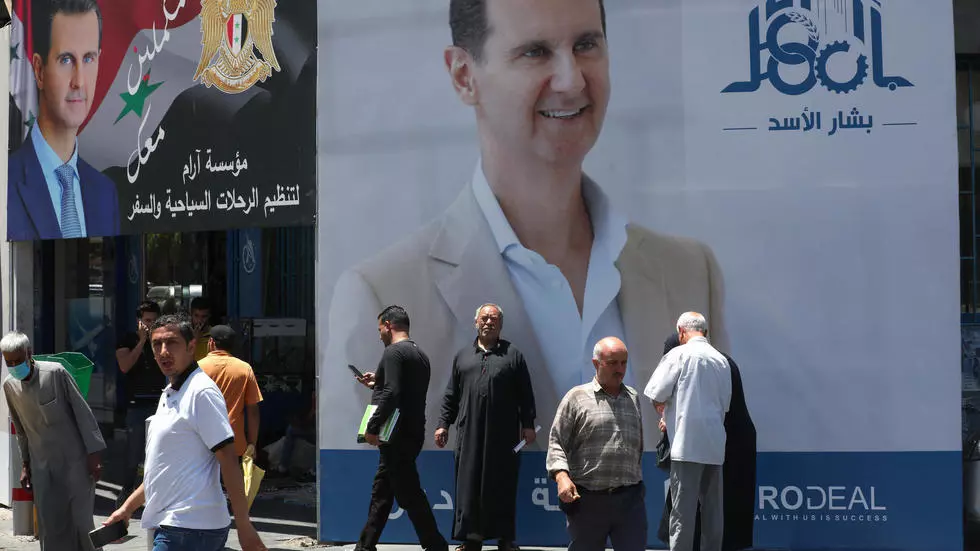 People walk by election campaign billboards depicting Syrian President Bashar al-Assad, a candidate for the upcoming presidential vote, in the capital Damascus, on May 25, 2021. (Photo: AFP)

DAMASCUS, May 27 (Xinhua) -- The vote count of Syrian presidential election continued on Thursday in some provinces, a member of the elections' higher judicial committee was quoted as saying by the state news agency.

The voting result is expected to come out later on Thursday.

The 2021 elections have been slammed by the United States and allied Western countries as well as exiled Syrian opposition parties.

It is worth noting that people in Idlib province, which is largely under the rebels' control, could not vote except for those living in government-controlled areas.