Prevention of risks to underpin regulations 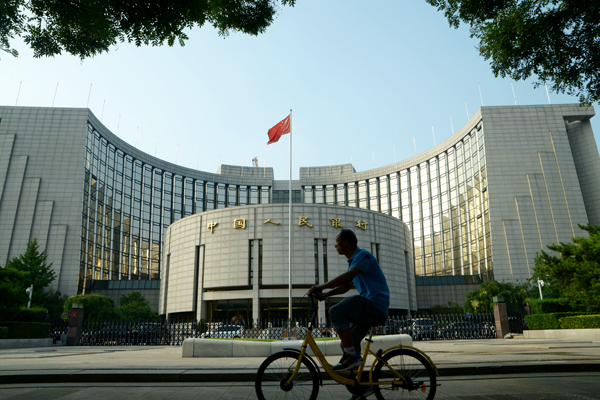 A cyclist pedals past the headquarters of the People's Bank of China in Beijing. [Photo by Fan Shaoguang/for China Daily]

The People's Bank of China, the central bank, will focus on steps to forestall and defuse risks as part of its ongoing efforts to forge a healthy payment services market in the country amid rising concerns over potential oligopoly and data security.

Fast expansion of some large institutions' payment services could lead to the formation of an oligopoly in the market and constrain development of small-sized business, which in turn could lead to personal privacy and data security risks and destroy fair completion, said Fan Shuangwen, deputy director of the payment and settlement department of the PBOC.

"The kind of role that the financial regulator needs to play for the healthy development of the payment and settlement industry needs to be studied further," he said.

Further opening-up of the financial sector will also bring challenges to the payment services providers in terms of stricter compliance standards, as well as higher standards for protection of personal privacy and data security, said Fan. Concerns over safety may override innovation as the top priority for regulators' future tasks.

The National Institute for Finance and Development, part of the Chinese Academy of Social Sciences, issued a report named China Payment and Settlement System Development Report on Friday. It showed that the number of transactions processed by nonbanking payment institutions soared 74.95 percent to 287.75 billion by the end of 2017, and the total volume increased by 44.32 percent to 143.26 trillion yuan ($22.33 trillion).

In comparison, the total number of transactions processed by all types of payment institutions was 319.3 billion last year, and the total amount was 169 trillion yuan, according to data released by the central bank.

The PBOC issued a set of new rules on March 19 to allow foreign-invested payment institutions access to China's payment services market as part of the key measures to facilitate financial opening-up. Foreign payment companies are required to obtain payment service licenses before they can start electronic payment services for domestic and cross-border transactions.

A spokesperson with the PBOC said that the new rules are encouraging fair competition and promoting market opening-up among both domestic and foreign payment service providers.

"Relaxing restrictions on market access for foreign-invested payment institutions, and enforcing unified market access standards and regulatory policies not only helps foster innovation-driven competitive edges and optimize the industrial structure in the payment service sector, but also facilitates the creation of a level playing field for the payment industry, thus improving the quality of payment services," said the spokesperson.