BUSINESS Pricing of coal-fired electricity to be liberalized

Pricing of coal-fired electricity to be liberalized 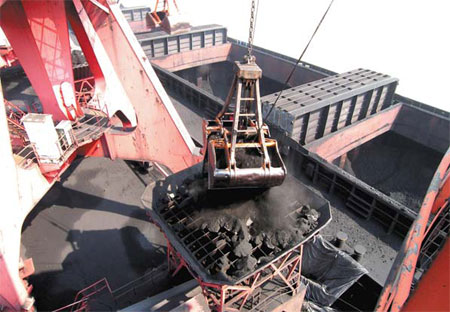 China will further liberalize pricing for electricity generated from coal, in the latest effort to ease the ongoing power shortage and deepen the sector's market-oriented pricing reform, the National Development and Reform Commission said at a news conference in Beijing on Tuesday.

All power generated from coal is to be priced based on market transactions. Market-based electricity transaction prices will fluctuate within a range of 20 percent in either direction, compared with the current ceiling of 10 percent and the floor of 15 percent, said Wan Jinsong, director of the commission's Department of Price.

Residential and agricultural users, as well as public welfare initiatives, will continue to have fixed power prices, while the improved pricing mechanism will lift costs for high energy-consuming enterprises, which are not bound by the 20 percent upper limit, in order to curb "irrational power consumption" and to encourage firms to improve their energy efficiency, according to the commission.

Coal prices have shot up recently due to tight coal supplies, leading to power stations reducing their output to avoid losses.

"The reform aims to reflect power demand and consumption while easing the operational difficulties of power firms to some extent and encouraging plants to increase power supply," Peng Shaozong, deputy director of commission's price department, said on Tuesday.

Yang Juan, a researcher at the Chinese Academy of Macroeconomic Research, an institute under the commission, said the reform has accelerated the process of power marketization in the country.

Industrial and commercial users are the major players in the country's power consumption, accounting for 70 to 80 percent. The reform will enable half of them to be able to purchase directly from the market or via agents over the power grid and further expand the reform of the electric power market, she said.

Wei Hanyang, a power market analyst at research firm BloombergNEF, said that by enlarging the fluctuation range, China is striving to guarantee an adequate supply of electricity to ensure normal production and livelihoods.

The government's move to widen the range within which power prices can fluctuate demonstrates that the authorities are sticking with power price reform, "which we believe is a positive action to ensure and balance the interests of more sectors across the country", added Wei.

The commission said it is confident of ensuring a steady supply of power this winter. It will boost energy supplies while urging power plants to build up adequate coal supplies before the heating season and curb unreasonable demand for energy.