Private survey shows rebound in China's factory activity in May 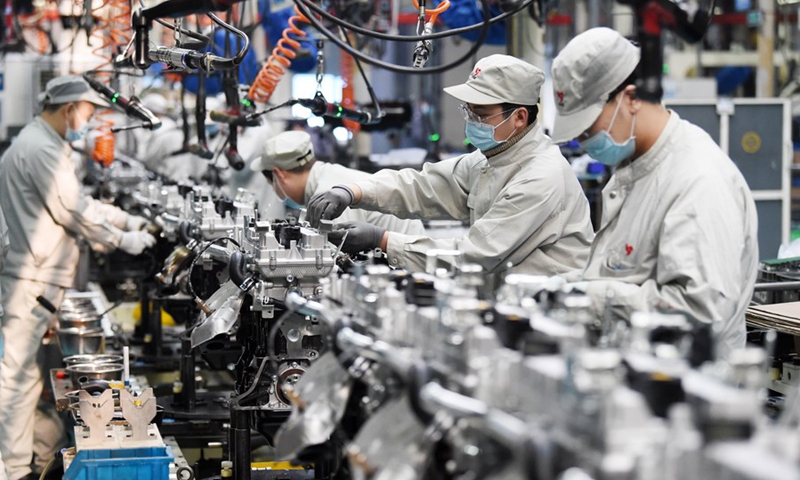 China's factory activity improved in May from April as the COVID-19 epidemic situations in the country continued to improve and the nationwide resumption of work and production accelerated, a private sector survey showed on Wednesday, in line with improvements in other economic indicators for May.

The improved data suggested the shock caused by the epidemic on China's factory production has eased and it is expected that China's economy will rebound from June as Shanghai starts full work resumption and more cities have eased anti-epidemic restrictions, experts noted.

China's private Caixin Manufacturing Purchasing Managers' Index (PMI) rose to 48.1 in May from 46.0 in April, thanks to the improvement of industrial and supply chains in May, which led to a rebound in the manufacturing sector, according to data released on Wednesday.

The Caixin PMI on Wednesday followed the release of the official PMI on Tuesday, which came in at 49.6 — an improvement of 2.2 over April's reading of 47.4, according to the National Bureau of Statistics (NBS).

Meanwhile, other economic indicators also pointed to improvements in May. For example, China's railway freight maintained a strong growth trend in May, with a cumulative shipment of 340 million tons of cargo, up 21.1 million tons year-on-year or 6.6 percent, hitting a new record high, according to official data on Wednesday.

The set of data suggested that an accelerating economic recovery due to an improvement of the COVID-19 situation in China and the implementation of policies to stabilize growth, Wu Chaoming, deputy head of the Chasing Research Institute, told the Global Times on Wednesday.

It is expected that as the impact of the epidemic is easing and a series of stabilization measures are strengthened, domestic demand is expected to pick up and boost the economic recovery, driving the nations's factory activity back to expansion, Wu said.

In a fresh step to boost economic activity, the State Council, the cabinet, on Tuesday announced 33 stabilization measures, including fiscal and monetary supports and consumption and investment stabilization.

"As the epidemic eases and policies continue to take effect, the logistic shock on manufacturing production will be reduced and the domestic demand will be boosted by accelerated infrastructure investment, which will be favorable to industrial production and manufacturing activities," Wu said.