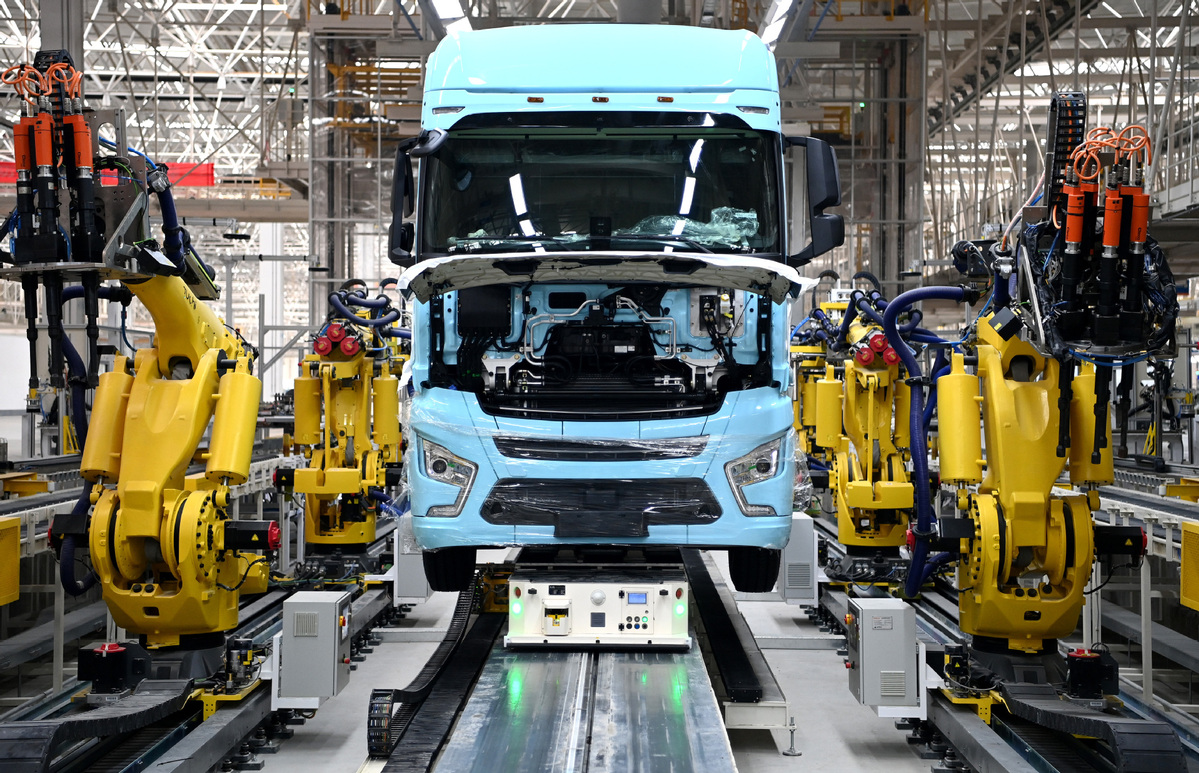 Their comments came as the official purchasing managers index for China's manufacturing sector came in at 50.1 in September, up from 49.4 in August, data from the National Bureau of Statistics showed on Friday.

A PMI reading above 50 indicates expansion, while a reading below that number reflects contraction.

The subindex for production stood at 51.5 in September, up 1.7 points from the previous month. Demand continued to increase as the subin-dex for new orders rose 0.6 point from August to 49.8, the NBS said.

"As measures of stabilizing the economy continued to take effect in September and the negative effects of heat waves waned, manufacturing PMI has bounced back to expansionary territory," said Zhao Qinghe, a senior statistician with the NBS.

Zhou Maohua, an analyst at China Everbright Bank, attributed the improvement to the production expansion, recovering domestic demand, gradual normalization of economic operations and a package of stimulative policies.

The government's recent steps to stabilize prices, ease enterprises' burdens and enhance financial support are conducive to alleviating the pressure of high costs on manufacturers, and the sector will likely expand at a faster pace in the following months, Zhou said.

China's nonmanufacturing PMI was 50.6 in September, down from 52.6 in August, said the NBS.

Warning of downward pressures and uncertainties both at home and abroad, experts expect further fiscal and monetary easing to stimulate the economy, such as proactive infrastructure spending, as well as supportive credit to manufacturing and realty.

The construction sector continued its expansion in September, with the subindex for business activities in the sector reaching 60.2, 3.7 points higher than that in August, the NBS said.

Growth in infrastructure investment has sped up for two consecutive months, and the country has accelerated the push to promote the construction of key projects through offering financial guarantees, which will play a vital role in boosting effective demand, Zhou said.

"Heightened efforts should be carried out to further implement a series of stimulus packages," said Wen Bin, chief economist at China Minsheng Bank.