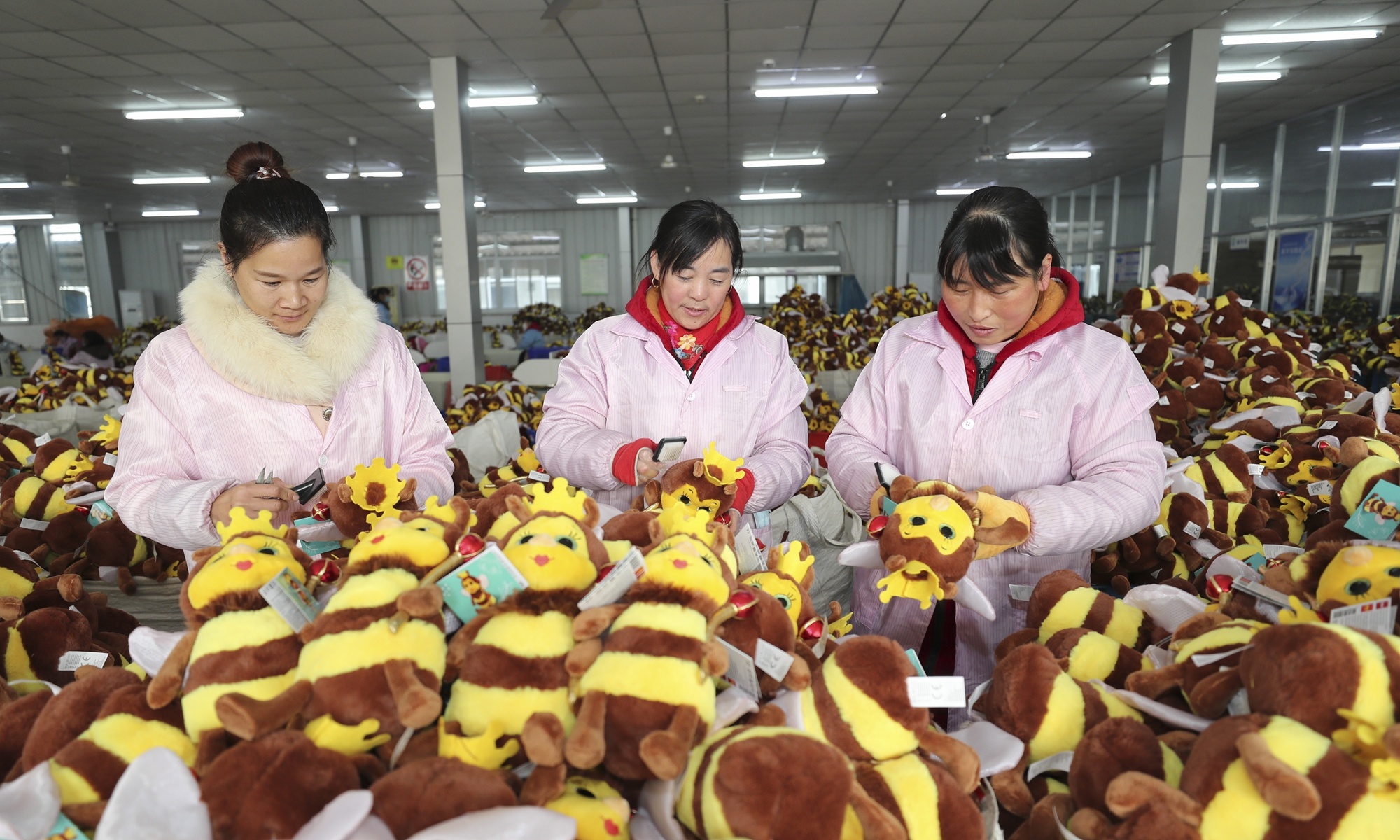 Workers manufacture toys at a factory in Lianyungang, East China's Jiangsu Province on Thursday. The toys will be exported to the US and European markets. As Christmas and New Year approach, workers at hundreds of toy factories in Lianyungang have been working extra shifts to meet soaring demand. (Photo: CNSphoto)

Profits at China's major industrial companies grew 15.5 percent year-on-year in November, marking a seventh consecutive month of growth and a steady recovery from the economic fallout of the COVID-19 epidemic in the country's manufacturing sector.

The industrial profit growth in November was down slightly from the 28.2-percent growth seen in October due to an easing base effect, but is still expanding at a "relatively fast double-digit growth rate," said a statement from the National Bureau of Statistics (NBS) on Sunday.

The 28.2-percent jump in October was the biggest monthly profit increase since February 2017.

In the first 11 months of this year, China's industrial profits grew 2.4 percent year-on-year to reach 5.7 trillion yuan ($871billion), accelerating 1.7 percentage points from the growth rate recorded in the first 10 months, data from the NBS showed on Sunday.

Chinese industrial firms' accumulated profits turned positive for the first time this year in the January-October period, after falling 2.4 percent year-on-year in the first nine months of 2020.

Zhu Hong, a senior statistician at the NBS, was quoted as saying in the statement that the growth was partly driven by rising production and retail sales, as well as a jump in the profits of the equipment and high-tech manufacturing sectors.

Other sectors such as textiles, clothing, furniture and chemical fibers also saw the range of profit reductions continuing to narrow down in the January-November period, as more export orders arrive from other countries to China and demand booms ahead of the holidays, according to Zhu.

"China's overwhelming edge in securing a complete supply chain, along with its effective management system in containing the coronavirus outbreak, has and will make it a growing magnet for global manufacturing orders," Tian Yun, vice director of the Beijing Economic Operation Association, told the Global Times on Sunday.

He noted that the recent sporadic coronavirus cases in the country will not affect the robust momentum of recovery in China's manufacturing sector and such a trend is likely to continue throughout the next year, fueling the country's economic expansion.