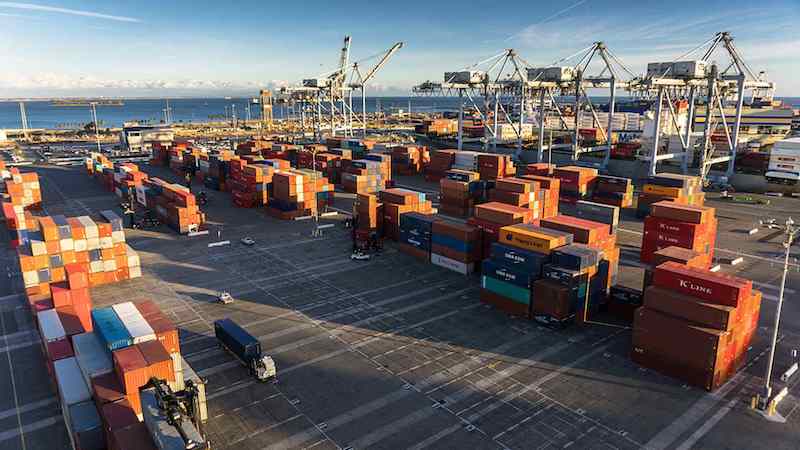 LONDON, June 23 (Xinhua) -- Prolonged trade tension takes its toll on the United States and will hurt more severely in the future, said John Ross, former director of economic and business policy of London.

"The U.S. economy is starting to slow down this year and even more in 2020 just for the business cycle, under those circumstances, the trade war has more negative effects because the U.S. population feel it more," Ross told Xinhua in a recent interview.

"The tariffs are simply a tax which is paid by U.S. consumers and U.S. companies," he said. "There are some differences in the calculation on how big that cost will be, but no economist believes the tariffs are paid by China."

"China has published the white paper which set out the bottom line. It is exactly the right way to negotiate -- it doesn't make exaggerated claims like what the U.S. has claimed, it doesn't say this is beneficial to China's economy," he said.

"According to Oxford Economics, if the tariffs were extended to all Chinese exports into the United States, (it) would cost the average American family about 850 (U.S.) dollars a year. In a letter signed by more than 600 leading American companies, the figure up to more than 2,000 dollars," said the economist.

Besides the U.S. consumers, Ross noted that the U.S. capital market also suffered a lot.

"The American market becomes more hugely sensitive, you can lose gigantic sums of money by these events," he said.

"It's also having a huge effect on U.S. farmers. They're the people who are getting worse," said Ross, adding that these are the reasons why the U.S. government's opinion polling is "very bad at the moment."

The U.S. government was under the impression that the trade tension would not last long and cause them pain, said Ross. "They thought if they made a big noise and threatened China with all sorts of things then China would give in and give them what they want."

As a senior fellow of the Chongyang Institute for financial studies, Ross has studied China's economy for many years. He believed even though the trade tension could also dent the economic growth of China, it is not going to cause "any uncontrollable problems."

According to the IMF's economic prospects, he said, "under the worst scenario, China's economy is growing more than twice as fast as the U.S. in this year, and even could reach three times in 2020."

Ross also warned that the U.S. trade protectionism is "a danger to everybody." "There is no country which has followed the same path as the United States to initiate in tariffs," he said.

"Furthermore, countries which delayed for various tactical reasons have already responded to U.S. tariffs. For example, the latest one is India imposed retaliatory tariffs against the U.S.," said the economist.

"Even in the U.S., although there is a great deal about tariffs, the trend of exports and imports as a percentage of the U.S. economy is still fundamentally upwards," he said, noting that imposing tariffs cannot be a long strategy for the United States itself.