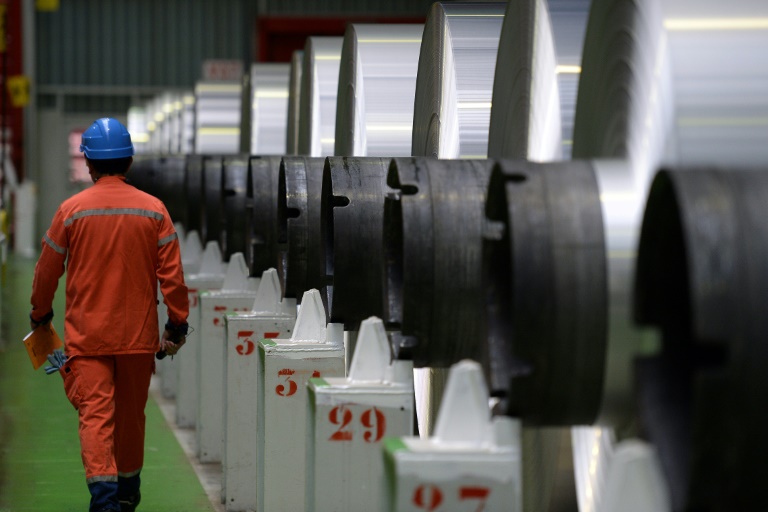 A year of "vintage" economic growth could be undone by rising protectionism, the Bank of International Settlements (BIS) said Sunday, as fears of an all-out global trade war ramp up.

The BIS, often described as the central bank of central banks, credited "a decade of extraordinary monetary policy," for leading the world out of the 2008 financial crisis.

That culminated in 2017 with "a vintage year for growth with low inflation," the BIS said in its Annual Economic Report, which also warned of possible trouble ahead.

"An escalation of protectionist measures... could trigger a fresh downturn," the bank said.

The report was launched days after the European Union slapped tariffs on iconic US products including bourbon, jeans and motorcycles in its opening salvo in a trade war with President Donald Trump.

Brussels imposed the raft of duties on US products worth 2.8 billion euros ($3.3 billion) in a tit-for-tat response to Trump's decision to slap stiff tariffs on European steel and aluminium exports.

Within hours, Trump responded with a threat to impose a 20 percent tariff on cars imported from the European Union.

But the BIS underscored that the consequences could be devastating if reciprocal protectionist measures undermine overall confidence in the "open multilateral trading system."

"Indeed, there are signs that the rise in uncertainty associated with the first protectionist steps and the ratcheting up of rhetoric have already been inhibiting investment," the BIS said.

Leading policymakers and analysts generally agree that while limited tit-for-tat tariffs would be manageable, a full-out trade war would cripple growth.

BIS general manager Agustin Carstens credited free and open trade with laying "the foundation for much of the global progress in improving living standards," and urged policymakers to safeguard it.

Based in Basel, Switzerland, the BIS is owned by the central banks of 60 top global economies.