BUSINESS Protests against German car industry rev up in Frankfurt

Protests against German car industry rev up in Frankfurt 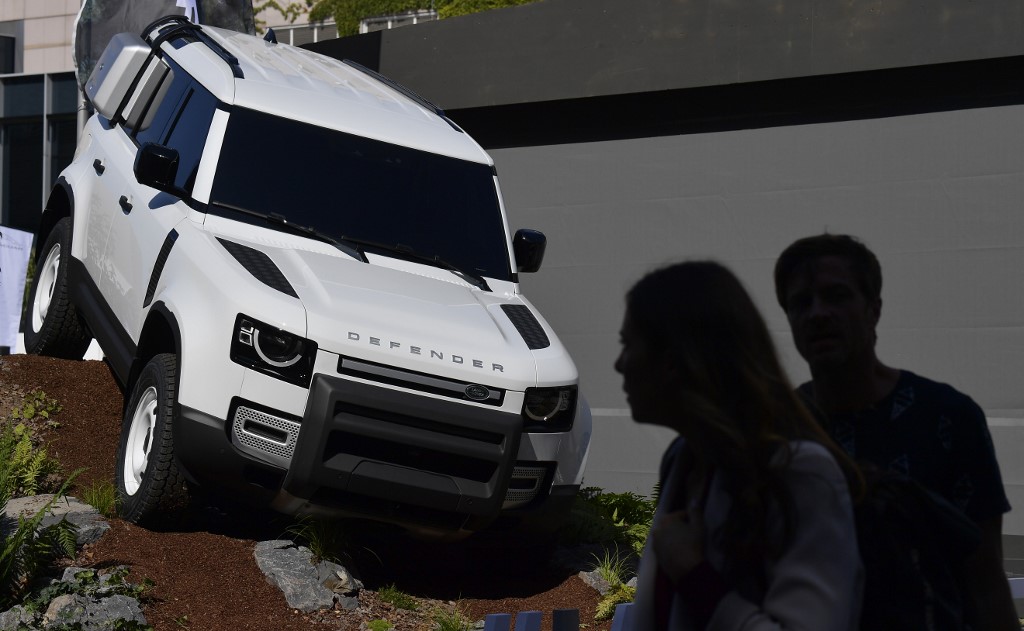 Visitors look at a Landrover Defender at the company's booth at the Frankfurt motor show IAA 2019, in Frankfurt am Main Germany, on September 11, 2019. (Photo: AFP)

"The car industry has cheated on diesel and is contributing to the worsening climate crisis," said Gerald Neubauer, a spokesman for the campaign group Campact, which is co-organising a demonstration Saturday at Frankfurt's biennial International Motor Show (IAA).

Police say thousands of demonstrators are expected to walk or cycle to Frankfurt's Exhibition Centre and activists want to disrupt the car show by blocking the surrounding streets on Sunday.

"We want a revolution in modes of transport," said a spokeswoman for the climate action group Sand in the Gearbox.

The combination of protests and civil disobedience aimed at Germany's car industry shows the sector no longer enjoys the untouchable status it once held as a key driver in Europe's biggest economy.

The 10-day long IAA show, where the latest automobile trends are being showcased until September 22, is crystallising tensions over the car industry in Germany, where climate change is shaking up the public discourse.

There are already calls to ban gas-guzzling SUVs from German city centres after four pedestrians, including a three-year-old boy, were killed this month when one mounted the pavement in Berlin.

"Such tank-like cars do not belong in cities," tweeted Stephan von Dassel, a Greens politician and mayor of Berlin's Mitte district, where the fatal accident happened.

"They are 'climate killers', even without accidents -- every driving error becomes a life-threatening danger for innocent (pedestrians)."

When the Frankfurt car show opened to the press on Tuesday, Greenpeace activists inflated a giant black balloon outside, bearing the inscription CO2.

Then on Thursday at the Volkswagen and BMW stands, protesters climbed on SUVs with signs bearing the slogan "Climate Killers" during a visit by German Chancellor Angela Merkel.

"Instead of celebrating fuel-guzzling SUVs, manufacturers must put an end to these urban tanks and shut down combustion engines."

Manufacturers must "get out of petrol and diesel, get out of the combustion engine and reduce the number of cars", added Campact's Neubauer.

The vision for many environmental activists is seeing German cities free of cars.

"The IAA is a symbolic place, where politicians meet carmakers to congratulate themselves" on an outdated mode of transport, said the Sand in the Gearbox spokeswoman, using the pseudonym Tina "Velo" - bike in French.

"We have to abandon cars, we want car-free cities."

Sand in the Gearbox is representative of a more radical faction of Germany's environmental movement which is prepared to engage in civil disobedience to attract attention.

Movements such as the Extinction Rebellion network, which use non-violent resistance to protest climate change, are spreading across Europe.

In Germany, the similar group Ende Gelaende succeeded in occupying and temporarily shutting down a large brown coal mine in June, which has galvanised the anti-car movement.

"The automotive industry is under pressure -- it no longer has the support of society as it did a few years ago, because it has missed out on developments and has no concepts for the future," added Tina Velo.

Having long been regarded as an essential cog in Europe's biggest economy, Germany's auto industry has reached a crossroads as it struggles to adapt to the trend of electric cars.

On Thursday, Merkel said she would support the sector through "revolutions" in climate protection and digitalisation, but warned firms must develop new technologies and win back lost trust among the public.