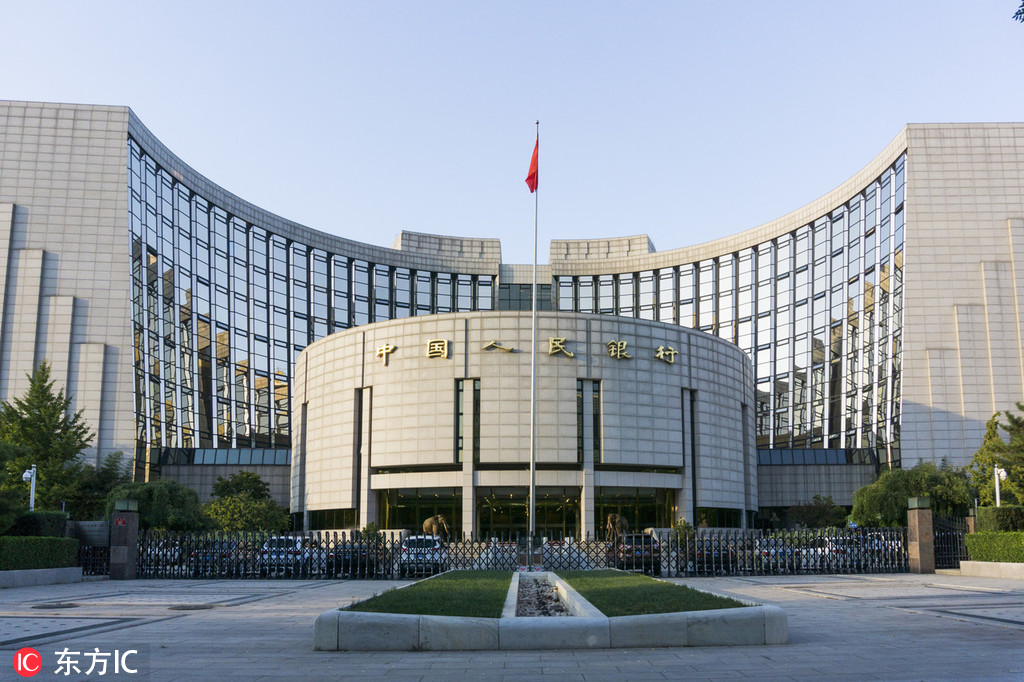 Headquarters of the People's Bank of China, the central bank, is pictured in Beijing, Oct 8, 2018. (Photo: IC)

China will maintain a prudent monetary policy in the year's second half, with potential policy adjustments depending mainly on the domestic economic situation and price levels, a senior central bank official said on Friday.

Having noticed the recent monetary easing in some foreign central banks and the United States Federal Reserve's strong message that it will make a cut later in the policy rate, the Chinese central bank has decided not to change its monetary policy stance, while continually reducing the actual financing costs of enterprises, said Sun Guofeng, head of the monetary policy department of the People's Bank of China, the central bank.

"In the second half, we will maintain the liquidity at a reasonably ample level through leveraging diversified tools and strengthening macroeconomic policy coordination," said Sun, adding that moderate money supply growth can support the country's high-quality economic growth.

Sun made the remark after the central bank released major financial data on Friday. The broad money supply, or M2, increased by 8.5 percent by the end of June from a year earlier. The growth rate had remained unchanged for three consecutive months starting in April.

Chinese banks issued yuan-denominated loans of 9.67 trillion yuan ($1.41 trillion) in the first six months, and 1.66 trillion yuan was newly extended in June, up from 1.18 trillion yuan in May, the PBOC said.

"Rapid growth of total social financing proved that the financial sector is enhancing support for the real economy," said Ruan Jianhong, head of the central bank's Statistics and Analysis Department, at a Friday news conference.

The RMB, compared with some other major currencies, has performed well in the first half, and its current exchange rate is basically in line with the economic foundation, as the International Monetary Fund determined recently, according to Sun.

"In the future, the market will play a decisive role in determining the RMB exchange rate, and we will take macro-prudent measures when it is necessary to maintain the exchange rate at a stable and reasonable equilibrium," Sun added.

Sheng Songcheng, a former PBOC official, wrote recently that the monetary authority needs to keep the RMB stable, as well as advance the country's exchange rate reform to reflect the actual demand and supply of RMB in the market.

The central bank's data is largely in line with the market's expectations, said Ming Ming, an economist with CITIC Securities. "In terms of future monetary policy, the central bank's move will be influenced by multiple factors. It is likely to maintain a neutral stand and we should not expect substantial monetary easing."

China's consumer price index stood at 2.7 percent for June, unchanged from May, and was 2.2 percent for the first half of this year, the National Bureau of Statistics said on Wednesday.

Apart from monetary easing, further tax cuts and policy to encourage consumption are also in the policy toolbox for the authorities to boost the economy, said Shen.