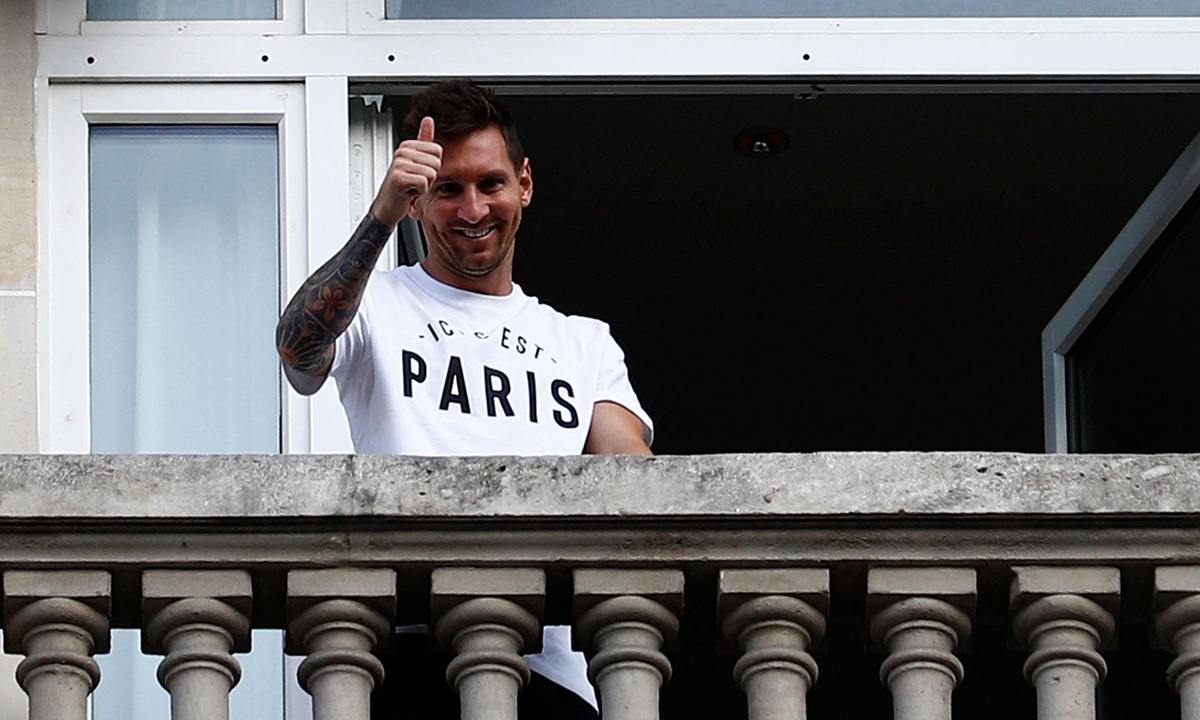 Lionel Messi waves at fans from the balcony of a hotel in Paris on Tuesday. (Photo: VCG)

On PSG's official online store of Chinese e-commerce platform Taobao, the replica strips quickly sold out at its after the official announcement that Messi had signed a contract with the top French football club earlier this week.

Almost all replica strips were sold out at the official online store of PSG on Taobao, including the home and away kits in players and fans editions, with some unusual sizes remaining in stock.

The online store quickly listed the pre-sale of Messi's No.30 jersey. The shirts come in men, women, kids and infant versions and are priced between 570 ($88) to 629 yuan.

Customer need to pay a 50 yuan deposit in advance and pay the balance on Thursday at 5pm. The store vowed to ship within 30 days after the full price was paid.