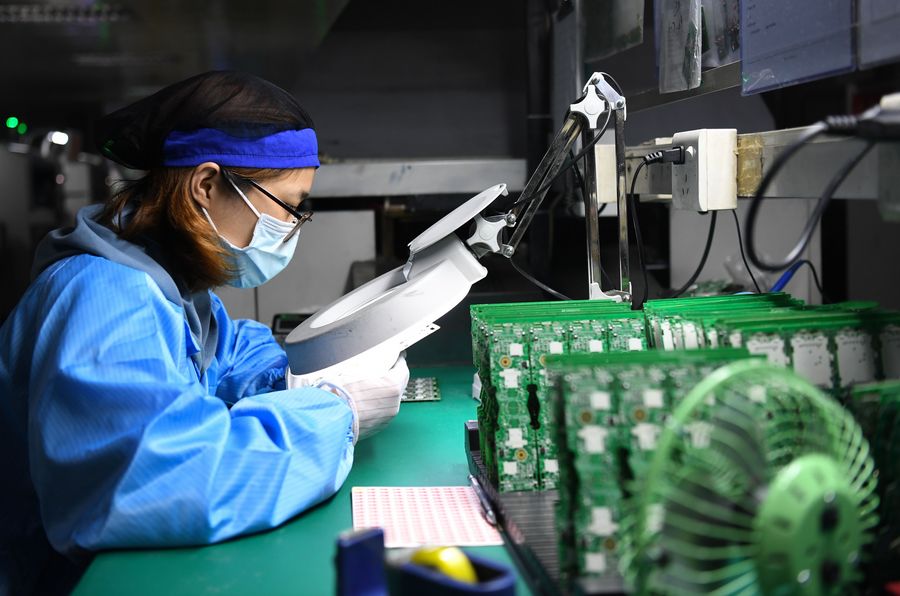 Not content to sit on their laurels after a largely successful effort to control the spread of COVID-19, Chinese healthcare authorities are seeking to use lessons learned to further improve the system. They see a need to improve coordination between the public health system, which focuses on disease control and prevention, and the clinical system of hospitals and clinics, which focuses on curing disease. They are also working on improving the provision of healthcare to poor people, in both rural and urban areas.

In a meeting with Hubei deputies to the National People's Congress in May, President Xi Jinping called for reform of the public health system. China's public health and medical service systems have played their key roles in dealing with the epidemic, but some weak links and inadequacies were also exposed, Xi said, urging prompt efforts to fix them.

Noting that prevention is the most effective and economic strategy, Xi emphasized the system of surveillance for unknown diseases and abnormal health incidents should be reformed and risks should be analyzed at an early stage.

The government will soon release a new reform policy to enhance cooperation between the public health system and hospitals, according to Gu Xuefei, a research professor of the Health Development Research Center of the National Health Commission of China. In an interview with China Daily, Gu explained that the cooperation between the hospitals and the Center for Disease Control could have been more efficient during the fight against the virus.

All the CDC personnel he has dealt with have been very professional, said Gu, but the system as a whole could have been more effective. In particular, CDC officials need to have more power. In a clinical situation, the doctor has the last word in how to treat a patient. CDC people need to have similar power in public health issues.

In Hubei province, this is already happening. For example, the head of the CDC has been promoted to be a member of the board of the province's health department, according to Gu.

On the clinical side, doctors at all levels of hospitals, from large city hospitals to rural clinics, need to know more about disease control and prevention. Especially, the chiefs of the hospitals need to understand public health and to be sure that the doctors can implement public health measures, Gu said.

Also, the information technology system linking clinical information and public health needs to be improved, Gu said. Big data should be used to monitor trends in advance and to improve early-stage effectiveness.

In an earlier interview with China Daily, Dong Xiaoping, director of global public health at the Chinese Center for Disease Control and Prevention, said: "In the reforms, the CDCs should be given certain administrative powers … CDCs across China are managed by local authorities. However, those at higher levels, such as the national CDC, lack the authority to direct local CDCs, which results in poor coordination."

Another key issue is improving healthcare for poor people, especially in rural villages. In his speech to Hubei deputies, President Xi also called for the disease prevention and control system to be strengthened, with solid grassroots foundations and a stronger role for lower-level medical institutions such as township health centers.

Liu Xiaoyun, a professor in the College of Humanities and Development Studies at China Agricultural University who has worked extensively on village poverty alleviation, said that the government should increase investment in healthcare infrastructure at the community level, especially in rural areas.

"Village clinics are close to villagers and can provide the basic healthcare service," she said."Although every village has a clinic, they are small, the equipment is limited, and the skill of village doctors is low, so, in some areas, the villagers seldom visit the clinic."

Liu also pointed out that the poor state of rural healthcare also caused problems in the cities because of migrants who may not have received the care they needed.

According to a survey conducted by her research team, only 18 percent of village doctors are licensed and their annual pay is only about 25,000 yuan ($3,533).

Liu also argued that poor health is a primary cause of poverty. According to her field research in poor areas, three key improvements are needed: 1) Improvement in chronic disease management; 2) expansion of healthcare for the elderly; and 3) strengthening of health education. This three-measure approach should be a key part of poverty alleviation, she said.

In an earlier interview with China Daily, Huang Gairong, a member of the National Committee of the Chinese People's Political Consultative Conference and also director of the Department of Geriatric Medicine at Henan Provincial People's Hospital in Zhengzhou, said the outbreak has exposed failings in the basic health system, including a lack of disease prevention and control capacity in many grassroots institutions, such as community health centers.

Gu of the HDRC said healthcare has improved as part of the poverty alleviation campaign. "The government requires that every city or town government provide a hospital and experts sent from big hospitals to community hospitals to improve their skills."

Gu further said: "We don't have a specific system designed for poor people but we provide public healthcare for everybody. Poor people have a higher priority than other people. They can be assigned a family doctor first and get chronic disease management first," he said."We have a medical aid system for people who are really poor and cannot afford medical care. In a medical emergency, a government fund will cover all costs for the first three days."

Despite many difficulties, the fight to control the novel coronavirus has been largely successful in China. But, as always, a crisis exposes certain weaknesses in any system. The government is focused on strengthening the healthcare system and correcting the flaws that have become visible.