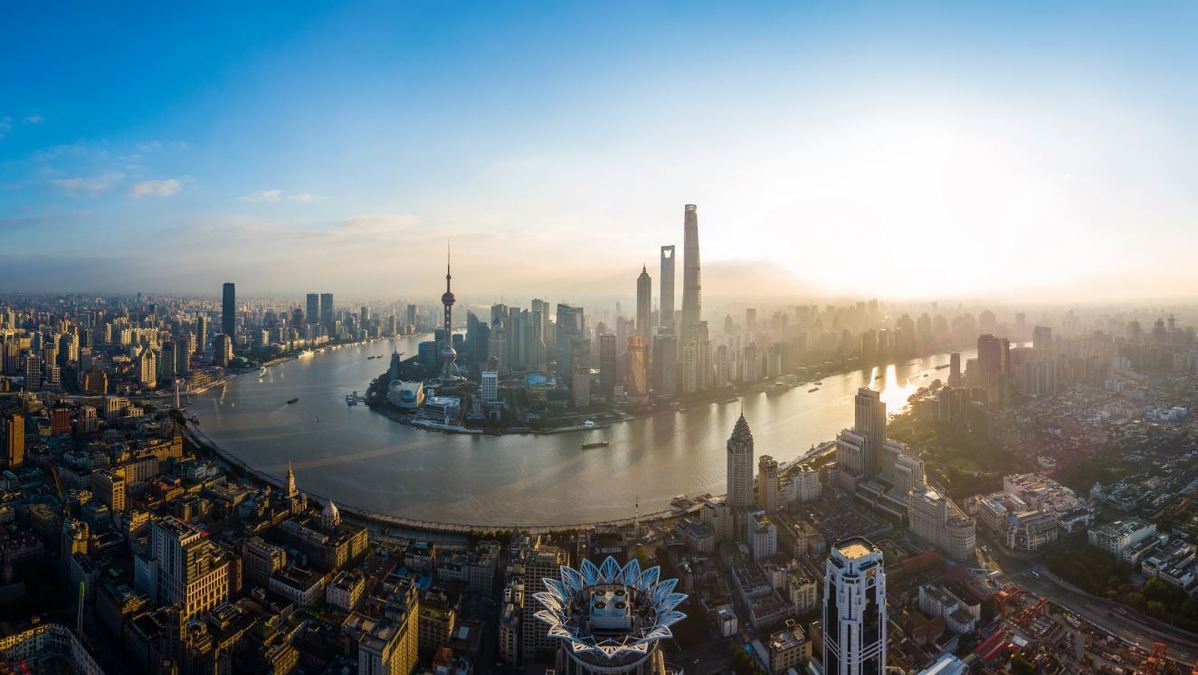 A morning view of the Huangpu River. (Photo: China Daily)

Companies are more confident of accelerating their business in Shanghai's Pudong New Area given the new roles and new missions President Xi Jinping called for in his speech on Thursday, executives said.

In a speech made at a major gathering in Shanghai to celebrate the 30th anniversary of Pudong's development and opening-up, Xi urged the area to deepen high-level systemic opening-up and work toward gaining new strengths in international cooperation and competition.

As Xi underlined, support will be given to Pudong to expand business activities including offshore yuan transactions, cross-border trading and settlements as well as overseas financing. An international financial assets trading platform should be built up in Pudong to enhance the area's influence regarding commodity pricing, he added.

Zheng Yang, chairman of Shanghai Pudong Development Bank, said that the bank will stick to the missions that Xi has given the area. The bank will build an international financial platform to better serve the development of the Lingang Special Area of the Shanghai free trade zone.

Efforts will also be made to help complete the financial products and services system to better serve the real economy. It will also explore new fintech models to provide cross-market and smart financial services to help upgrade domestic industries, Zheng said.

In his speech, Xi also called for speeding up the creation of world-class industrial clusters in sectors including integrated circuits, biomedicine and artificial intelligence.

Swiss pharma giant Roche was the first foreign company to be registered in Pudong's Zhangjiang Pharma Valley 26 years ago. Chow Hong, CEO of Roche Pharma China, was invited to the gathering on Thursday. While new missions are assigned to Pudong, new opportunities will be provided to companies, Chow said.

"Innovation and further opening-up, which were stressed by President Xi, will be the two engines of Pudong's development. We are thus encouraged to be more deeply rooted in Pudong and in China," she added.

Also present at the gathering was Du Ying, founder and CEO of Zai Lab. Founded in Pudong in 2014, the biopharmaceutical company was listed on the Nasdaq in 2017 and went public on the Hong Kong bourse in late September, with its market value topping 60 billion yuan ($9 billion) in six years' time. Du said supportive policies introduced by the local government and Zhangjiang's attractiveness among new talent from around the world have facilitated the rapid development of a complete biomedicine industrial chain in Pudong.

"President Xi stressed in his speech that a world-class biomedicine industrial cluster should be built up in Pudong at a faster space. He also emphasized the importance of innovation. While up to 15 percent of the country's innovative drugs and 10 percent of innovative medical devices are incubated in Pudong, more original innovations can be expected from this area which can help China to compete in the global market," she said.

Gu Jinshan, chairman of Shanghai International Port (Group) Co Ltd, said that they will look up to the top industry leaders and narrow the gap. While exploring new growth drivers, the company will also strive to make breakthroughs in terms of allocating shipping resources globally and elevating its high-end shipping capabilities, he said.