BUSINESS Purchase of Indian rice due to price edge amid bilateral strains: analyst

Purchase of Indian rice due to price edge amid bilateral strains: analyst 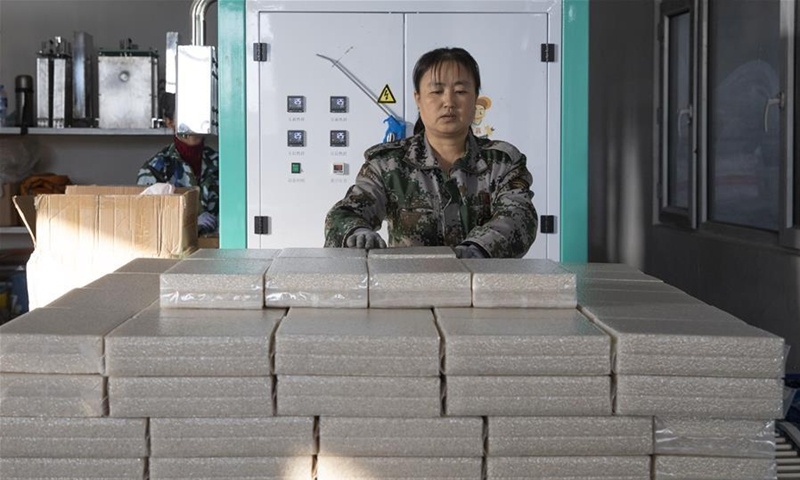 An unusual Chinese purchase of Indian rice was mainly due to Indian grain's cost advantage over Chinese domestic crops, said industry analysts, but it's unclear if there will be more such purchases as Chinese domestic supplies are abundant and bilateral ties are strained.

Indian traders contracted to export 100,000 tons of broken rice for December-February shipments at about $300 per ton on a free-on-board basis, according to a Reuters report, citing industry officials.

The purchase was the first in at least three decades, said the Reuters report.

The purchase was not due to any domestic shortage, as domestic supply has been abundant, Jiao Shanwei, editor-in-chief of cngrain.com, a website specializing in grain news, told the Global Times on Sunday. Maintaining appropriate imports is an important means to ensure the nation's food security.

In 2019, imports of rice only accounted for 1.8 percent of output in China, official data showed.

The purchase was a purely commercial move, as the price of the Indian rice - $300 per ton - is far cheaper than that of its domestic counterparts, Jiao said, and the rice will mainly serve as animal feed rather than for humans.

Some Indian industry players, however, see the purchase as just a start, anticipating that China will import more. "They may increase buying next year after seeing the quality of the Indian crop," B.V. Krishna Rao, president of the Rice Exporters Association, was quoted as saying in the Reuters report.

However, Chinese industry analysts pointed to the lower quality of the Indian rice and ongoing bilateral tensions.

Tensions between the two neighboring countries have been increasing in recent months after a border issue in June. India has also tightened rules for Chinese investment, and banned dozens of Chinese mobile apps, including from tech giants Tencent, Alibaba and ByteDance.

At the Global Times' annual forum on Saturday, Chinese and Indian experts said the widening power imbalance between the two countries has increased India's anxiety. They called for the two countries to look at the bright side of bilateral ties despite differing views on border disputes.