Russian President Vladimir Putin said raising the real income of Russian citizens is a major task for the Russian government in the coming years, according to a Kremlin transcript released on Monday. 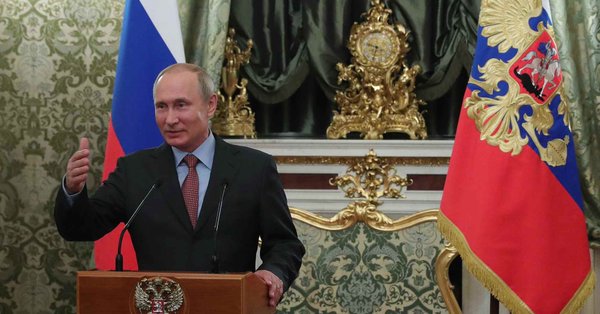 "In general, our key task for the coming years is a significant increase of the citizen's real income. And there is a good base now. The economy has grown more stable, and it has coped with a sharp drop in oil prices, the pressure of sanctions and the changes of the global political settings," the president said on the eve of his inauguration scheduled for Monday.

The government aims to overcome the recession in the economy, ensure the restoration and revitalization of many sectors, Putin noted.

He also praised the work of Russian Prime Minister Dmitry Medvedev over the past six years.

"The government has been working extremely well, as a good team, because of Prime Minister Dmitry Medvedev and his team, their dedication, responsibility and conscientious work," Putin stressed.

On late Sunday evening, Putin held a meeting with members of the government.

The current government was formed in 2012, when Medvedev was appointed prime minister. On Monday, the cabinet is set to resign but will continue to fulfill its duties until a new government is formed.