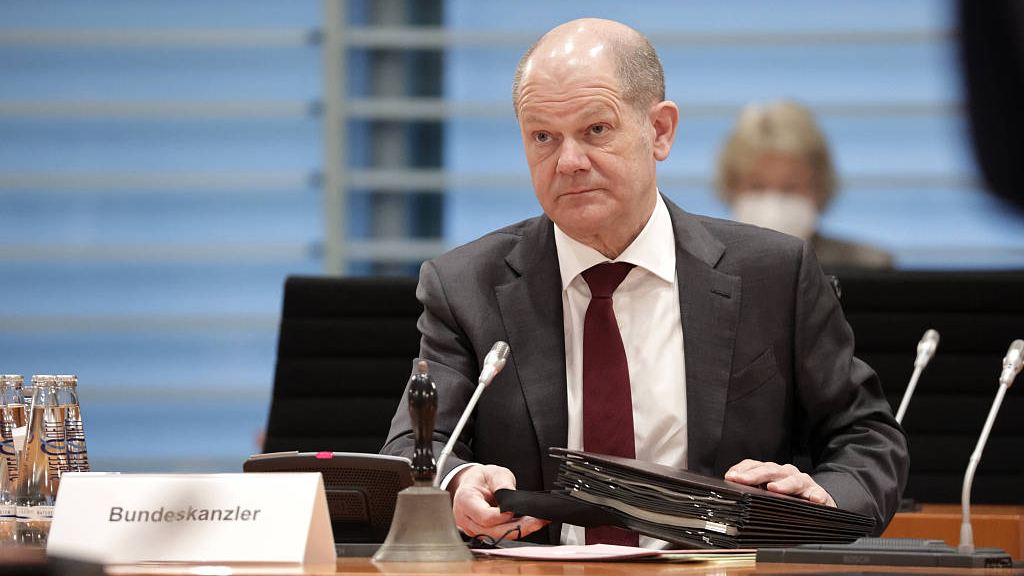 The German government said that Russian President Vladimir Putin told Chancellor Olaf Scholz on Wednesday that Europe could continue paying for Russian gas in euros and not rubles as previously announced.

German government spokesman Steffen Hebestreit said Putin had told Scholz that payments from Europe next month "would continue to be in euros and transferred as usual to the Gazprom Bank, which is not affected by sanctions."

The bank would then convert the payments into rubles, Hebestreit quoted Putin as saying.

Hebestreit said in a statement that Putin had stressed in the telephone call with Scholz "which took place at his (Putin's) request", that "nothing would change for European contract partners" when the new system takes effect on April 1.

"Chancellor Scholz did not agree to this procedure but asked for information in writing to better understand this procedure," Hebestreit said.

"What the G7 agreed stands: energy deliveries will be exclusively paid for in euros or dollars as it states in the contracts."

The Kremlin had earlier released its own readout of the conversation saying that Putin had told Scholz that Moscow's demand that Europe switch to paying for gas in rubles should not "lead to worsening of contractual terms for European importer companies."

Putin said last week that Moscow would begin only accepting rubles as payment for natural gas deliveries to "unfriendly" countries, including the members of the European Union.

He said the payment method was needed because the Russian central bank's currency reserves have been frozen by the EU.

Germany on Wednesday raised the alert level under its emergency gas plan over fears that Russia could cut off supplies if Western countries refused to make the payments in rubles.

Austria announced that it was following suit.

Speaking on behalf of the G7 energy ministers, Germany's Robert Habeck said Monday that Russia's request was a "unilateral and clear breach of the existing agreements."

Habeck said payments in rubles were "unacceptable" and called on energy companies not to comply with Putin's demand.

The Kremlin said Wednesday that Russia would not immediately require its natural gas buyers to pay in rubles.

"It's not like... what will be delivered tomorrow, must be paid for by the evening."

On Thursday, the Russian government, its central bank and energy giant Gazprom are expected to present Putin with a new gas payment system that will be conducted in rubles.